Update: Dearborn worker's 'Camels are us' slur online costs him his city job

Bill Larion's belated apology is not accepted. The City of Dearborn engineering division part-timer is off the payroll after a two-day inquiry into an anti-Muslim post on social media.

WXYZ reporter Simon Shaykhet breaks the news late Wednesday afternoon, tweeting that Larion is fired "after he made a racist post on [Facebook] and lied about it in an interview with [the station's] Jenn Schanz on Monday. The city is declining any further comment." 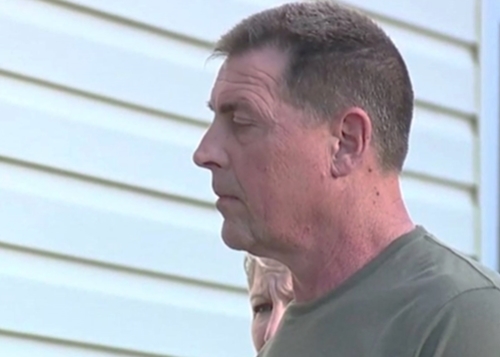 A Dearborn worker whose anti-Muslim Facebook comment about a Sports Illustrated burkini model sparked outcry is apologizing after initially claiming he was hacked.

Engineering division staffer Bill Larion has lawyered up since commenting on a WXYZ post that the first Muslim SI swimsuit model "should be on the cover of camels are us."

His lawyer, Ed Zelenek, tells the Free Press that Larion "feels bad about it":

"It's a horrible mistake. He feels awful and great embarrassment ... very childish and stupid."

"He apologized," he said. "He expressed remorse. ... It's clearly out of character for him."

Initially, Larion told WXYZ that someone had hacked his account to write the post. The Free Press reports he has since confessed to city officials.

Zelenak said Larion was at a tennis match when he wrote the comment on his phone ...

Realizing he made a mistake, Larion deleted the comment in about half an hour after he posted it, Zelenak said. It was screenshot before it was deleted and shared on Facebook pages in Dearborn.

"Immediately, he felt a sense of revulsion and he took it down," Zelenak said.  "It was an inexplicable, asinine impulse to do something he's going to regret for the rest of his life."

Larion, an Allen Park native now living in Lincoln Park, deleted his Facebook account after a Dearborn resident drew attention to last weekend's post. The municipal worker was commenting at WXYZ's page on coverage of Halima Aiden, the first Muslim woman to wear a burkini (full-body swimsuit with hijab) in the magazine's annual issue.

"I have zero tolerance for the type of language used in the Facebook comment," Mayor Jack O’Reilly said in a statement reported by the Arab American News and other media. He adds:

"The comment violates the City of Dearborn’s values and practices, as well as our expectations for employees. It violates the very heart of our mission statement, which is that we must earn the public's trust in everything we do.

"We are extremely proud of our diversity and consider it a strength and an advantage.  So we will continue to nurture it and to condemn words or actions that attempt to divide us."

Here's the shot Larion reacted to:

A post shared by Sports Illustrated Swimsuit (@si_swimsuit) on

Larion's fate will be determined after an investigation, according to the Monday release from the city.

"We call on Dearborn officials to reprimand this city employee who clearly holds such racist views while working for a city that has almost half of its population comprising Arab Americans and Muslims."

As did editor and publisher of the Arab American News, Osama Siblina, who told Fox 2 News:

"I don't think we should allow racism like this among us. If we let this guy go, then others will follow. The city has to send a message that no one works for the city, gets our tax dollars and insults us.

The magazine photo by YuTsai was shot at a five-star hotel beach in Kenya, the country where Aden was born 21 years ago in a refugee camp. She came to America at age 6 and grew up in Minnesota. She wore a hijab as a 2016 semi-finalist for Miss Minnesota USA.

"This is literally a dream come true. . . . I never really felt represented, because I never could flip through a magazine and see a girl who was wearing a hijab," the model says in a Sports Illustrated interview.

Gallery: Detroit residences in 'Caterpillar' are pitched as 'a new age monument'