The Ilitch organization didn't come off looking too great when HBO Sports came to town to detail their non-delivery on the promises made in exchange for more than $300 million in taxpayer money to build Little Caesars Arena. It would have been better to follow the first rule of public relations -- if you don't tell your story, someone else will tell it for you -- but live and learn. 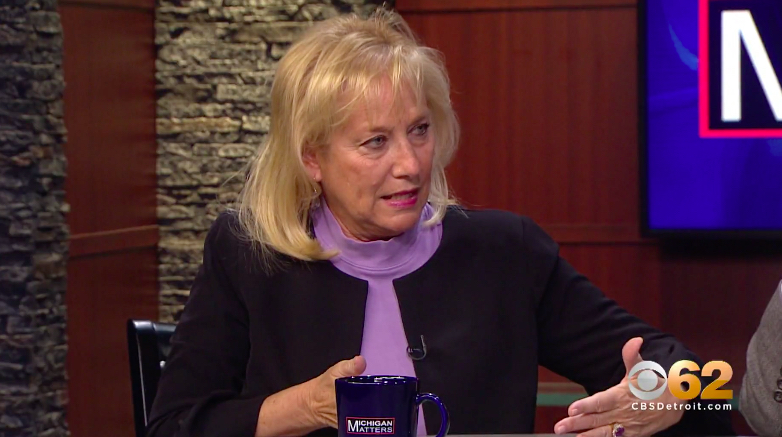 So when Denise Ilitch herself went on "Michigan Matters," Carol Cain's Sunday-morning chat show on WWJ-TV, there was a chance for one of the family's highest-ranking executives to build on the company's original statement that the "Real Sports with Bryant Gumbel" report was "self-interested, sensationalized and inaccurate."

Cain asked, "Do you wish that someone from your family, or the city, should have been part of this?"

"I think the story would have come off a lot more balanced had there been representatives talking about what good work the city is doing, our family is doing, the Gilbert family," etc., Ilitch replied.

"Again, do you wish your family had been involved in this? And given the opportunity again, would you have been a part of that?" Cain asked again.

"It would have been more balanced had this information been shared," Ilitch replied, which Cain then announced meant "Denise is ready to talk" to HBO.

HBO, as you might imagine, has a different take on how it went, which was published in Crain's Detroit Business in April:

"Real Sports has been working on this report for over a year. Our outreach to the Ilitch enterprise began in late October. After repeated communications, they declined our request for an on-camera interview. In the weeks prior to our telecast, we continued to engage them regarding any response they had to our reporting or statements they wished to make. They did not provide any such response or statement. We stand by our reporting."