Lions' President: Owner Martha Ford Has a Lot Less Tolerance for Mediocrity Than Her Husband Did 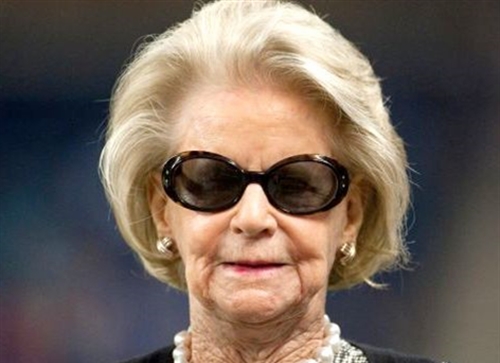 "I think Mrs. Ford is a very different owner than her husband and has a lot less patience and a lot less tolerance for mediocrity, which is why we’ve made some of the changes that we've made," team President Rod Wood said in video posted by Grand Rapids TV station Fox-17.

Wood, speaking at a fan event Monday in Grand Rapids, said the biggest reason to believe the Lions are finally on the right track after five decades of mediocrity is "the people at the top running the organization, myself included, setting the right tone, starting with ownership," the Detroit Free Press reports.

"Certainly when I was hired and we had the opening for a general manager, I wanted to go to an organization and hire somebody who was used to winning and had come from an organization that doesn't know anything other than winning. That’s why we landed on Bob Quinn.

"And then after we decided to make a change with the head coach, we kind of went back and looked for the same kind of opportunity to add a coach who doesn't expect anything less than competing for the Super Bowl every year."