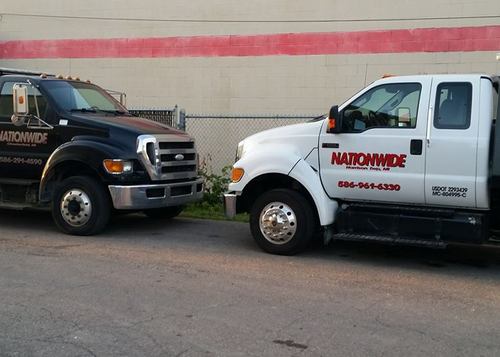 Nationwide Recovery was sued by the city in 2017 for allegedly running a stolen car ring. (Photo: Facebook)

Car thefts in Detroit have reportedly dropped by a third in the past couple of years, and Detroit's police chief is attributing the decline to the banning of a tow company he claims was involved in a massive theft ring.

The company is Nationwide Recovery Inc., which sued in 2017 in a case that has since been dismissed. The company was suspended from the city's towing rotation in March of that year.

"We haven't done anything differently, other than get rid of certain tow companies and take over towing — and, then, magically, our car thefts go way down," Detroit Police Chief James Craig said. "I can't think of any other explanation why they're down."

Craig has used similar logic to credit Project Green Light for a citywide reduction in carjackings.

The Detroit News found a more measured response to the decline in car thefts in the city's legal department:

“DPD understands that correlation does not necessarily equate to causation," Detroit deputy corporate counsel Chuck Raimi said in a statement. "But since Nationwide's activities were shut down, DPD has noted a measurable reduction in auto thefts."

The move has proven controversial. After the city entered the towing business last October, Motor City Muckraker reported that private towing companies had begun to sue the city and police were being taken off the streets to handle towing-related staffing.