Levin vs. Trump: 'The Stakes Could Not Be Higher,' Michigan's Former Senator Writes

"The stakes could not be higher," retired U.S. Sen. Carl Levin writes at the start of a New York Times commentary about the Oval Office occupant. 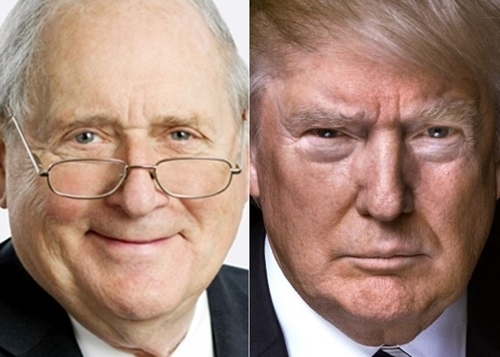 Attention-grabbing language continues as he slams the president Wednesday for trying "to undermine [Congreess'] constitutional right and responsibility to oversee the executive branch."

The president has said he will refuse all subpoenas, has sued banks to stop them from providing information to Congress, has said the special counsel Robert Mueller should not testify and has sought to deny Congress access to the records of the former White House counsel. . . .

The broad sweep of these efforts threatens the country's history of accommodation between the two branches and the checks and balances that are the cornerstone of our democracy. . . .

His cavalier refusal to provide information requested by Congress has dangerously upended the careful architecture of the Constitution, and the nation will pay a price for his recklessness if he succeeds.

President Trump’s extreme responses to legitimate congressional requests may very well demand strong measures by Congress. To protect its constitutional authority and carry out its constitutional responsibility to the American people, it should not hesitate to use its inherent contempt power if needed.