Bob Berg was simply a good guy with a good moral compass; A "mensch," as they say in Yiddish.

I first dealt with Berg, the press secretary for Detroit Mayor Coleman A. Young,  when I  got to The Detroit News in 1984. I tried for months to set up an interview with Young to talk about this 40 year battle with the FBI. Eventually, I landed the interview, which lasted four hours. Berg sat in on it, as did Ben Burns, the executive editor of the paper.

In January, I wrote in Deadline Detroit about my interview with Young 34 years ago and called Berg, who explained the long delay in getting an interview with Young: “He was checking you out." Young, he says, was trying to determine whether I could be trusted.

Berg told me the mayor liked the story, which ran on the front page and went on for two more pages inside. In fact, Berg said he was going to give a talk some time soon and wanted to get a copy of the article. I went to Kinkos and made copies, but never heard back from him.

Berg died Wednesday at age 76. He had dealt with multiple myeloma, a cancer involving the body’s bone marrow, for years, 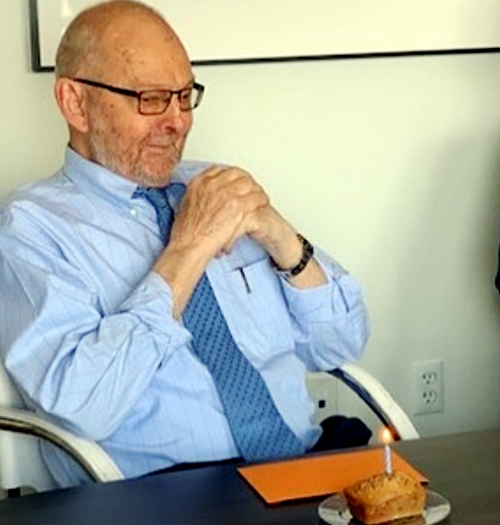 The Detroit public relations firm he co-founded in 1998 with Georgella Muirhead, renamed Van Dyke Horn after a 2016 sale to two employees, issued a statement:

We remember and celebrate our mentor and friend for his unerring moral compass, his patient and thoughtful counsel, and his humble manner that led him to always place clients, our team, and his family and friends first. He is deeply missed. (The firm is now called Van Dyke-Horn).

Before creating the public relations firm, Berg served as the senior public affairs advisor to Gov. William Milliken from 1977-82 and as press secretary for Mayor Young from 1983-93.

Berg graduated from Illinois Wesleyan University (IWU) in Bloomington, Ill.  After a year of graduate studies at the University of Stockholm, he became a wire service reporter for United Press International in Des Moines, Iowa.

Bob continues to give back to his community in countless ways and currently sits on the Coleman A. Young Foundation board. He has served on the board for The Roeper School as well as for the Detroit Police Foundation.  Additionally, he is regularly asked to speak about his experience working with Mayor Young and Governor Milliken, as well as his unique perspectives on Detroit.

In 2014, he received the John Rakolta, Jr. Leadership in Race Relations Award from New Detroit, Inc.  Bob was also honored by the Hannan Center as a Changemaker in their inaugural 70 Over 70 Class of 2017 and in 2018, the Urban League of Detroit and Southeastern Michigan presented Bob with their Distinguished Warrior award.

Charles Robert Berg was born April 1, 1943, in Iroquois Memorial Hospital in Watseka, Ill.. His father, Carl Berg, was a farm manager and eventual owner. His mother, Dorothy Veatch-Berg, was a homemaker.

The oldest of four children, he grew up on farms in the east central section of the state.

“We had a comfortable childhood,” Berg recalled in a 2019 interview with David Ashenfelter, a longtime former Detroit News and Detroit Free Press reporter.  “We weren’t rich, and we weren’t poor. But there was never a day that I didn’t assume that I would go to college. I had a bunch of allergies that guarantees I wouldn’t be a farmer.”

“When you grow up in Cissna Park, Illinois, you don’t expect to become the press secretary for William Milliken or Coleman Young."

Berg kept in touch with Milliken, who had recommended to Mayor Young that he hire Berg.

“I will always think of Bob Berg in the fondest of terms. He was an outstanding reporter and a fine human being,” Milliken said, according to the Detroit Free Press. “He will always live on in my memory and the memory of all those people who knew him.”

Ashenfelter told me on Wednesday:

"He was a masterful press sectrary. He was on the only public relaitons officer that lasted for Coleman Young. The first three were here and then they were gone. He was a big booster for the city of Detroit. Not bad for a farm kid out of Illinois.

"I got to know Bob when he was working for Gov. Milliken and I was a reporter the bureau chief for the Detroit News. Bob came to Detroit and i was in Detroit and I continued to run into Bob."

Bill McGraw, co-founder of Deadline Detroit, who once covered city hall for the Freep, told the paper:

“Bob was always a total pro and a gentleman. Beyond handling constant requests and questions about mundane subjects, he spent hours, almost daily, engaged in battle with reporters over the avalanche of stories about Young.”

The twice-married Berg is survived by his long-time partner, Wanda Brock, three children: Erik of Portland, Oregon, Melanie Berg of Lansing and Lola Kristina Berg of Detroit, daughter-in-law Shannon Berg of Portland, and four grandchildren: Hayeden of Lansing and Charlie, Fran and Ingrid of Portland. He also is survived by a sister, Karen Dolan, of Western Springs, Ill., and brother, Glenn, of Cissna Park. A third brother, Richard, died in 1960.