NSO's deal with Olympia to buy homeless shelter is off, as Ilitches back out

The Ilitch organization is backing out of a promise to buy a Midtown homeless shelter, potentially monkey-wrenching the service organization's plans to relocate. 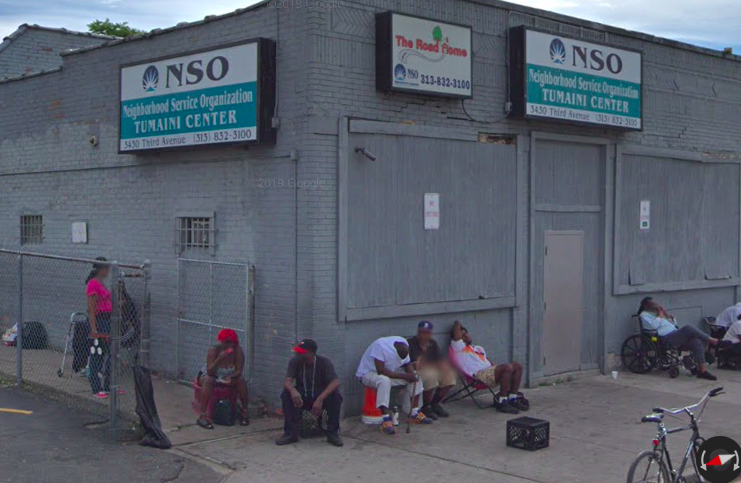 The latest change involves a homeless crisis center called the Neighborhood Service Organization's Tumaini Center on Third Street, near the corner of Martin Luther King Jr. Boulevard. It's one of the last down-and-out streets in the Midtown/Cass Corridor neighborhood. For decades, the street has been the gathering point for scores of people who congregated around the center and the surrounding empty lots.

For more than one year, the nonprofit Neighborhood Service Organization, NSO, and Olympia Development of Michigan, the real estate arm of the Ilitch family's host of businesses, had a verbal agreement about the Tumaini Center at 3430 Third Street. The agreement was that Olympia Development would buy the building for $1.5 million. Both sides confirmed the potential deal in September 2017.

The building sale was a key part in the nonprofit's funding plan to build a new center on Mack Avenue, just east of Gratiot. Late last year, the Ilitches began to waffle on the deal. Earlier this year, Olympia Development officially backed out, said Linda Little, NSO president and CEO.

The NSO's Tumaini Center is the city's only 24-hour center for homeless individuals, and accepts all comers. While overnight lodging is not provided, it is a drop-in center providing food, counseling and other services.

Sources cited by reporter Louis Aguilar said the agreement between the Ilitch family's Olympia organization and the NSO was not strictly a charitable-giving agreement, but more of a "real-estate deal," for which there are far looser expectations. NSO representatives said the collapse of the deal would not significantly affect the group's relocation plans. Other buyers have expressed interest in the Third Street location, a throwback to less-prosperous days in the rapidly gentrifying Cass Corridor, those individuals said.

The move drew a rebuke from Rep. Rashida Tlaib, who tweeted this late Wednesday night:

They never cared about breaking promises or agreements b/c no one ever tells them no or teaches them that there are consequences when you mislead the public. It's about time Detroit gives them a timeout. Otherwise we will continue to be disrespected. https://t.co/lhfqNxaihX