'What's next -- tasers and guns?': Detroit medics and firefighters get body armor

Detroit fire and emergency medical crews have a uniform addition -- armored vests to protect them on sometimes-risky city streets.

Their "level two" vests can block knife punctures and some gunshots. As of this week, medics must always wear them on duty. Firefighters are expected to do so for all medical runs, non-fire calls or in areas considered risky. 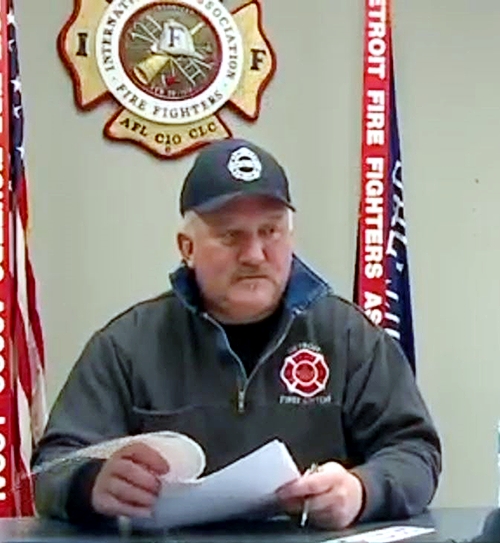 Their union leader "is conflicted about the new change," Brian Abel of WXYZ reports.

Mike Nevin says the job is dangerous. EMS and fire assaults happen frequently, so bulletproof vests are a welcome addition. But the problem he says is that they shouldn't necessarily need them in the first place.

"This is in response to the attacks on our medics and our firefighters and the fact that the city is that unsafe," Nevin says.

Though he's glad members have added protection from shots or slashings, Nevin would rather see more police officers on the streets.

Two comments on a local Reddit thread echo those words:

The fire department declined to comment, telling Abel it doesn't want to draw attention to the policy.

Fire Engine 34 and Medic 10 are dispatched [after a 911 call about a bleeding person near Warren and Junction], but told to stage a few blocks away until police arrive, as it is considered a dangerous scene.

But police are not notified for 10 minutes more. When the call finally does go out for an available scout car, there's no answer. In fact, there are only three crusiers working the 10th Precinct that evening, which consists of 11 square miles, and is considered one of the most violent quarters of the city. The comeback and the money have yet to hit the west side.

It is now 1:50 a.m,, and the captain of Engine 34 radios for police. Two men are lurking in the shadows; the men of 34 suspect the shadowy figures are involved in the homicide [firefighters found].