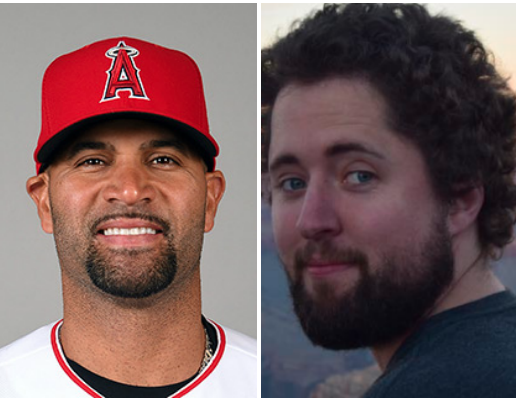 On Thursday afternoon, while attending a Tigers game against the Los Angels, he snagged Albert Pujols' home-run ball that represented the Los Angeles Angels slugger’s 2,000th career RBI, Tony Paul of The Detroit News writes. Only  three other men have reached that achievement.

Within moments, as the Tigers announced the significance of the home run, Hydes was swarmed by fans — and then quickly, Tigers’ security, which started the bartering process to get the ball returned to Pujols. That’s where the story takes a sharp and somewhat uncomfortable turn.

In the end, to the chagrin of many fans across the country and on social media and several folks in both the Tigers’ and Angels’ clubhouses Thursday, Hydes decided to keep the baseball — either to give to his brother, a lifelong fan of the St. Louis Cardinals (Pujols’ first team) or to pass on to his child, who’s due in the coming weeks.

Despite at least three offers from Tigers and Angels officials for the ball, Hydes departed the Tigers’ 13-0 loss with the baseball still in his possession.

He adds a shout to Pujols:

"I've heard your comments since the game and I 100% agree. You're a class act. You wouldn't pay me a penny for the ball and I wouldn't take a penny. I'd be more likely to give it up over Beers in LA."