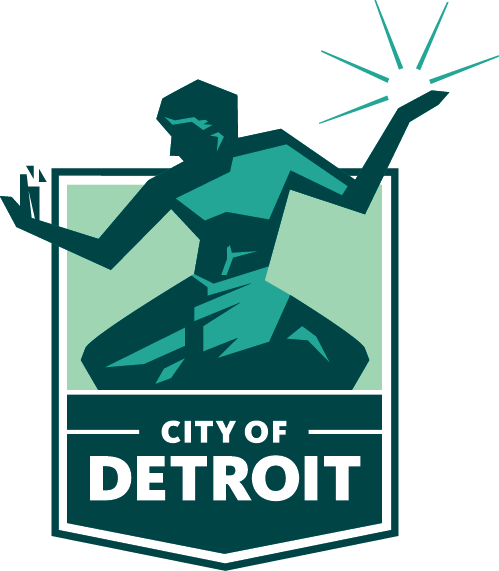 LuJuan Counts is director of operations of Detroit's General Services Department. This letter to the editor is in response to a column Friday by Charlie LeDuff, who wrote that he met a dozen workers who board up homes for the city and most of them had no appropriate work gloves or protective helmets.

I was very disappointed to read so many inaccurate and misleading statements in Charlie LeDuff’s story about the city’s board-up brigade.  One of my responsibilities is management of this crew, which has secured more than 17,000 dangerous vacant houses in our city.

Despite what Mr. LeDuff tries to suggest in his story, our workers are properly outfitted with protective gear.  Here are the facts:

While we ask workers to provide their own boots, all workers are provided with hard hats, appropriate work gloves, safety glasses, reflective vests and they are all provided with training before they use any of the tools.  If any worker loses or damages any of their equipment, we replace it. As this is all outdoor work, respirators are not necessary.

Workers are never directed to enter a building. They are explicitly instructed to work only outdoors.  Contrary to the story’s claims, workers board up only basement-level and first-level windows and do not need to enter the home to access upper floor windows.  In the event upper windows may need to be secured, we bring in a lift with a bucket to do the work safely from the outside.

I should point out that while the story claims workers are put in unsafe situations (which they are not) and that they are inadequately outfitted (which they also are not), Mr. LeDuff provided not one example of a work-related injury.

One of things we are most proud of is that we do provide opportunity to many Detroiters who have recently been paroled and may have no other available opportunity.  Since we started the board-up brigade two years ago, 78 of the 86 people we’ve hired are returning citizens.  While the work is hourly without benefits, workers receive regular increases and can earn as much as $13 per hour if they become a team lead.  The board-up brigade also has proven to be a successful path to full time employment.  So far 21 have performed so well that they have been hired by the city for different full-time positions with benefits.   If any worker's check issued through the city's payroll is inaccurate, it is corrected in a subsequent paycheck, so all workers are paid what they earn.

It’s unfortunate that Mr. LeDuff chose to paint such an inaccurate picture of a program that has made neighborhoods across the city safer and provided opportunity to dozens of returning citizens.

Here is the original column. The men quoted asked that their names not be used because they fear reprisal.

Boarding up the city's blighted houses might be just enough of a job to keep a parolee out of prison, but it won't keep him out of the hospital.

Think of the demoralizing story going around of a 21-year-old ex-con trying to turn his life around at $10 an hour. 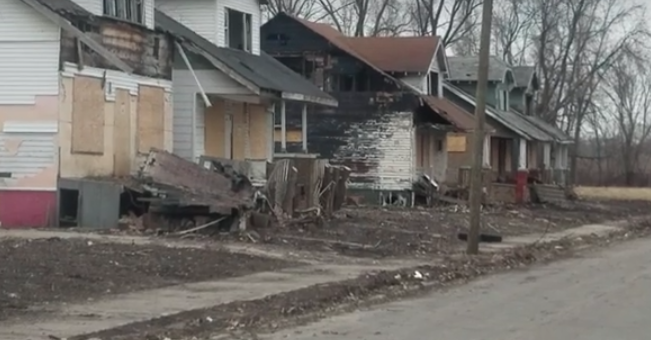 He was boarding up a city-owned property on the east side of Detroit, a couple weeks ago, in a neighborhood just a few blocks from his own. That's when the dope man pulled up, stopped his car with a squeal of the tires, threw the transmission into park and jumped out without closing the door.

The dope man bitterly complained that his business establishment was being encroached upon by this outrageous and dubious public works project. The city worker explained to him that the house was on the city's board-up list, and that he and his crew were simply underpaid minions with no health insurance, following orders. The dope man made a few more threats and then drove off in a hot bother.

The following evening, the young city worker was walking home from the corner store where he had purchased an after-work beverage. He was still dressed in his city uniform. That's when, by happenstance, the dope man spotted him and whipped around the corner.

Again, the dope man peeled to a stop, threw the transmission into park, jumped out of his car and repeatedly stabbed the city worker again: once through the forearm, once on the wrist and once in the chest.

The worker spent a week in the hospital. Two surgeries later, he was handed a large bill with no ability to pay. The city confirmed that it does not offer medical benefits to these board-up employees as they are considered temporary.

And so the burden of the worker's medical care will be shouldered by the rest of society.

According to Crystal Perkins, the city official in charge of the board-up project: “That incident wasn't work-related.”

I met a dozen board-up crew members last week on the city's flooding east side. They appear in the background in photographs of Mayor Mike Duggan filling sandbags. Nobody bothered to give them life vests should they have fallen into the frigid waters of Lake St. Clair.

“I'm trying to do it right, make something of himself,” one crew member said. “But there ain't much for the guy on the bottom.”

No Leather Gloves or Boots

Most of the board-up workers had no appropriate work gloves or protective helmets. “The city don't provide no boots, no gloves, no respirators,” another crew member told me. “The city don't pay no benefits and a lot of times our checks is way short.” A dozen of his co-workers agreed.

I followed three crews around this week. Indeed, they had no leather gloves, no boots, no respirators. The men often go into unstable houses, to board them from the inside out. They share stories about falling through floors and porches. They are instructed to go into the houses by their foremen. The houses, of course, are full of lead and asbestos and no private contractor could get away with under-equipping their workers like the City of Detroit does. 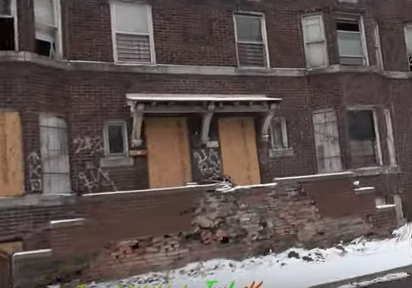 “They don't need respirators,” Perkins said. “They are told not to go into the houses.”

Of course they do go into the houses, because many times their ladders aren't tall enough to reach the top of a window.

So far the city claims to have spent about $10 million boarding up 10,000 houses. These men will tell you the grease in the new Detroit ain't dripping to the pan. At least not the pans of men like them, who occupy the bottom rung.

'Can't feed your family and pay your rent'

“At first you happy to have the job,” said another parolee. “You have to have a job or they'll violate you back to prison. But then you realize you can't really feed your family and pay your rent for no $10 an hour. Then you got to buy your own boots, but the baby needs shoes. Then they keep shorting our checks. What can you do? It's a circle, man.”

Substandard wages and no benefits. Temporary employment status. A lack of safety equipment.

Maybe you have no feelings for an ex-con trying to get his life together. But these things were not mentioned in the business pages and State of the City speech when the mayor announced the board-up program two years ago, after squandering a quarter-billion in federal demolition money.

Or the fact that City Hall is awash in patronage, with nearly four dozen mayoral appointees drawing a salary in excess of $100,000 (by comparison, Mayor Dave Bing had a dozen appointees making six-figures before the bankruptcy.)

“The mayor's girlfriend getting paid,” says another ex-con, who called himself Tee. “And the mayor don't look like he's missing too many dinners, hisself. Look, we men. We just asking for some proper safety equipment. That, and a little raise and getting paid for the hours we work.

“Can you tell them that, Charlie? Can you please?"