White-man-playing-black-woman film 'Loqueesha' is set in Detroit, because of course it is

If you've been off social media this Mothers Day weekend, we advise you to stay off for a while. Because talk on Twitter has been of little else than "Loqueesha," a film that looks to be the 2019 rendition of "Soul Man." And "Soul Man," for those of you who weren't moviegoers in 1986, was about a white man playing a black person who finds out What Really Matters in Life. Or, as "Loqueesha's" marketing line goes, "Sometimes you need to become someone else to find out who you really are." 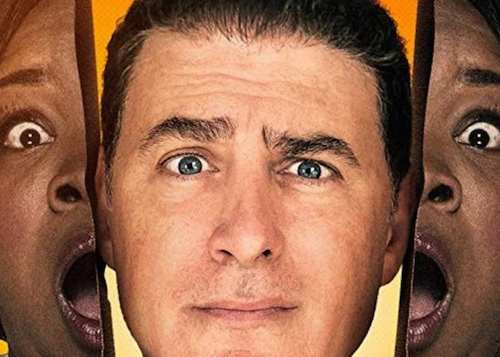 It's a white man playing a black woman! Hilarity ensues!

Anyway, "Loqueesha" is about Joe, an "astute and underachieving Detroit bartender" played by Jeremy Saville, who also wrote and directed the film. When his ex-wife informs him that he needs to pay $13,000-per-semester tuition so his gifted kid can go to a special gifted-kid school -- not named in the promo materials, but we're thinking Roeper -- he knows he needs to get a better job than bartending. He applies to be a radio talk-show host because he's so astute, but can't get a foot in the door.

So he re-applies as "Loqueesha," submitting a tape that features him talking in the sassy, head-wagging argot of an African-American woman from Central Casting and very bad sitcoms.

Anyway, you already know how it goes, and all this is revealed in the trailer, so it's not like we're spoiling: The Loqueesha show becomes a huge hit, the public clamors to meet Loqueesha in person, but how long can they put this off? People are walking the streets in "Listen to Loqueesha" T-shirts! Something's gotta give! The public wants Loqueesha!

We urge you to watch the trailer, if only for the priceless details -- the job ads printed on scraps of paper, the skuzzy production design, the note that this is an entry in the San Luis Obispo International Film Festival, and of course, the African-American supporting characters who are totally OK with all this, and say stuff like "It's theater" and, yes, "You go, girl."

There's one drone shot that looks to be of the Belle Isle bridge, but the rest of it is pure Los Angeles, including the sunshine in every exterior shot -- a dead giveaway that we're not in Michigan.

We'd go harder on this thing, but we figure there's still a good chance it's all a joke. If not? Worst movie of the year, hands down, and it's only May. Watch and scoff: