This commentary by a co-founder of Tanner Friedman, a Metro Detroit communications agency, is reposted from its blog with permission.

If you still don't understand that politics is different from business, think about this: What business would do a public product rollout after 2 a.m. in the middle of the week? 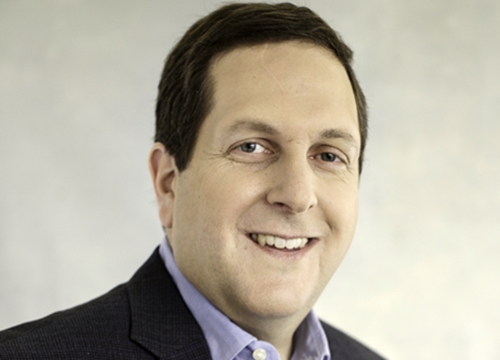 That’s what the House of Representatives in Michigan did with a measure to reform the nation’s most costly auto insurance system. The House passed its version of the legislation, shortly after it was finalized, well after the midnight hour Thursday.

If you're trying to win popular support for a policy measure, passing it in the middle of the night sure seems like the wrong way to do it.

Michigan lawmakers -- virtually anonymous full-time employees of the taxpayers, who are selected essentially by primary voters representing a minority of citizens in gerrymandered districts (so says the U.S. Court of Appeals) -- seem to make a habit of passing relatively insignificant laws during daylight hours and the most controversial measures while the entire state of 10 million people, save some shift workers and the capital press corps, are asleep.

Even if they are passing sound policy, grounded in all of the qualities of smart lawmaking, it smells rotten. This sure looks like there's something they're trying to hide. 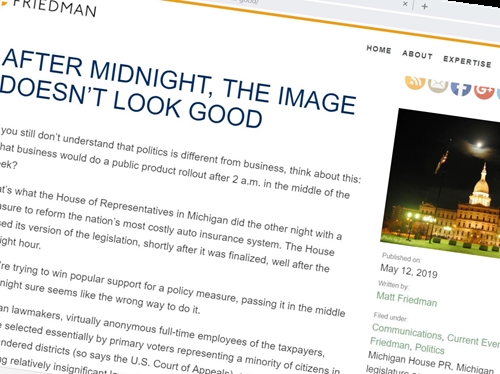 They say nothing good happens after midnight. That holds true in communications. Whether it's the occasional reaction statement issued overnight or laws passed after closing time at the Lansing bars, unless it's in response to an emergency, it's as bad a look at sneaking into your bedroom after curfew hoping your parents will sleep right through it.

Legislative leaders are surrounded by people smart enough to understand that the "24-hour news cycle" is a figure of speech. They know exactly what they’re doing.

If they care about public service and trust, they should stop this.

If you are really proud of your work, communicate to your audiences when and how they pay attention.