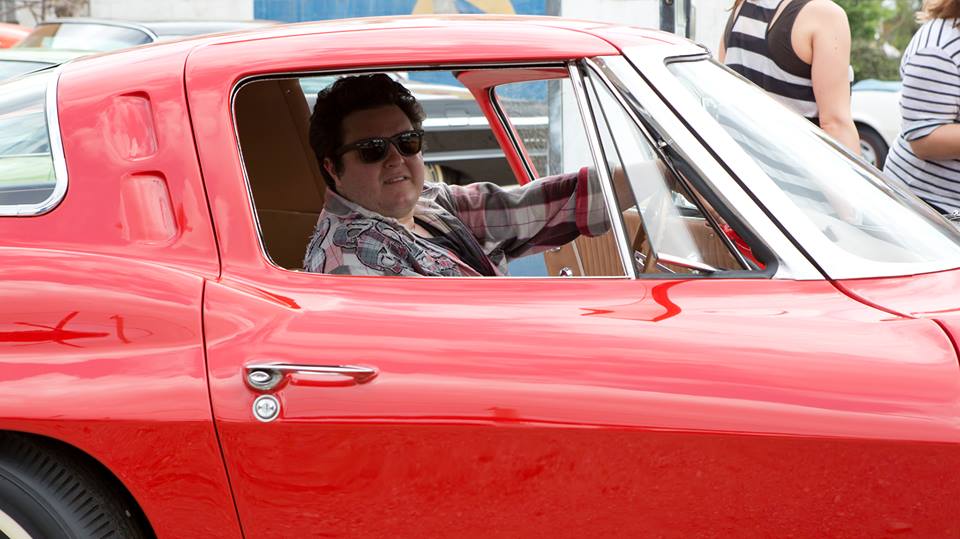 Eastern Market landlord Sanford Nelson bought into a public relations nightmare when he recently got into tiff with a tenant, and very beloved one at that -- Russell Street Deli, which has decided to close later this year rather than resolve the dispute. Before that, some artists, who had lived in the market for many years, moved out because of drastic rent hikes.

Now Nelson, who has snapped up a number of properties in the market along with his father Linden Nelson, is trying to push back on the image in the media and community that he's a villian.

Sanford Nelson has a dog who's clearly fond of him. Does that help?

Chili is a year-old Australian shepherd mix, sandy-haired and adorable. She and the newest candidate for most disliked man in Detroit like to take walks together around Eastern Market.

Nelson and Chili will pass the Russell Street Deli, where the young land baron's most visible tenant has publicly called him a bully and a sneak. Pass 16 more buildings he and his father have already purchased and some others they still might. Pass the empty storefronts where businesses have left or are leaving and the lofts where he raised rents.

"People out there are saying I want to demolish everything and build strip malls," says Nelson, 30, a few days after an online columnist asked him to please stop being such a schmuck. Not so, he insists: "I want to build on Eastern Market and support what's here."

(The online column ran, by the way, in Deadline Detroit.)