Cashing In: Overtime More Than Doubles Some Detroit Cops' Pay

Update: 4:46 p.m. Tuesday -- The mayor's office clarifies and corrects some of the figures for the Detroit Police Department in the story below.

Some Detroit police personnel earn enough overtime to more than double their salaries.

That's one eye-opener from records obtained by the Mackinac Center for Public Policy under a Freedom of Information Act request. 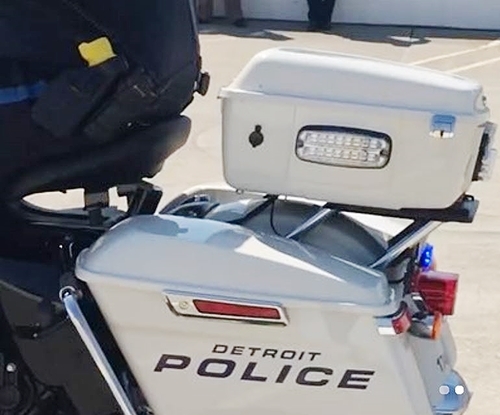 About $1 of every $5 dollars earned by Detroit police employees in 2018 was overtime pay. (Photo: Jenn Watson for Detroit Police Department)

"There were 237 police employees who made at least $40,000 in overtime" last year," managing editor Tom Gantert posts at Michigan Capitol Confidential, the center's news site.

There were 385 Detroit police employees who were paid $100,000 or more in 2018, much of it due to high levels of overtime pay. . . .  Some individuals were able to more than double their gross pay by accumulating mass amounts of overtime.

Look at these two high-earners on the force:

The city redacted the names of all the police employees. The FOIA response included salaries of 4,019 employees in the police department. . . .

There were 2,469 uniformed officers in 2018, according to the city’s audited annual financial report.

The city didn't provide the number of overtime hours worked or indicate how many high-earners were street officers, rather than detectives.

Overall, he writes, "the city of Detroit paid $38.3 million in overtime to police department employees in 2018. . . . About one of every five dollars earned by Detroit police employees in 2018 was attributed to overtime."

Detroit's police ranks had shrunk to about 1,700 officers in 2017, a steep drop from 2,500 in 2013, Bridge magazine reported last year, citing FBI statistics and the Detroit Police Officers Association union.

Though back near the previous level, the department still struggles to recruit and retain officers, Deadline Detroit contributor Charlie LeDuff wrote in January:

Pay is down, pension benefits have been slashed and the job is more dangerous.

According to interviews with police lieutenants and sergeants, many rookie cops join the force until they can find a job in a suburban department that pays better and they say is far safer and less taxing.