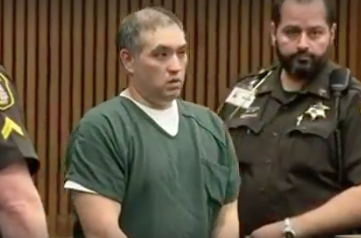 Former Michigan State Police trooper Mark Bessner was sentenced Monday in Wayne County Circuit Court to five to 15 years in prison in the high-profile death of ATV rider Damon Grimes, 15, who he tased during a pursuit in the streets of Detroit in 2017.

Bessner had been found guilty of involuntary manslaughter in the Aug. 26, 2017 death. Bessner was pursuing Grimes by car and used a taser, prompting Grimes to crash into a pickup truck and die from blunt force trauma.

“I can’t imagine what it would be like to lose a child,” he said, turning back to look at the Grimes family which spoke on the deceased teens behalf moments earlier, according to WXYZ. “I understand their anger, the anger at me — but judge I hope this court will not be driven by anger.”

Bessner speaking to both the judge and the Grimes family — fighting through tears, himself he’s explaining his actions, the time he’s served in jail and breaks down explaining his daughter asking when he’s coming home. More quotes below. pic.twitter.com/hSeDBpbypS