A new law enforcement task force in Macomb County is called P.A.W.S. for short because it focuses on four-legged victims of violence. 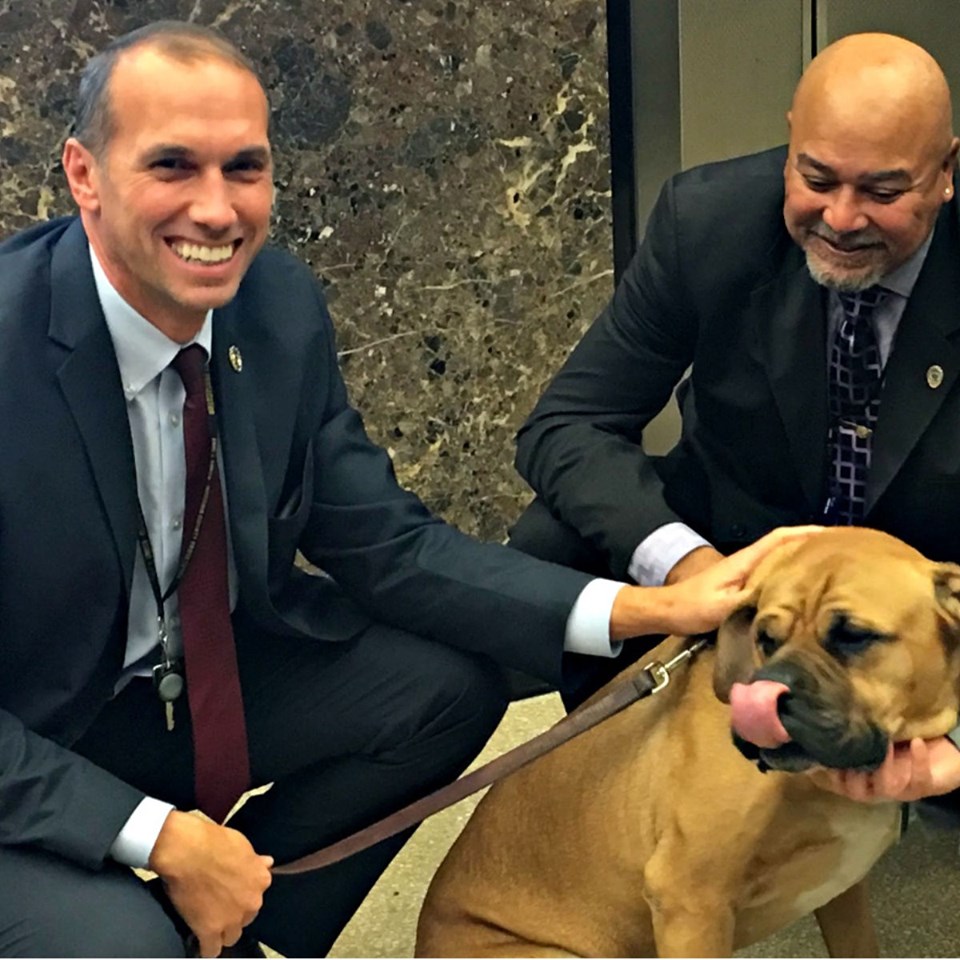 The full name is Protecting Animal Welfare and Safety, as the county prosecutor, sheriff and others announced Monday at the county administration building in Mount Clemens. Christina Hall was there for the Detroit Free Press:

The formation of the task force comes after a recent spike in animal cruelty cases, including the well-publicized fatal stabbing of an adopted dog by its owner in Utica earlier this year. . . .

Law enforcement and prosecutors will be trained in animal abuse investigations and how to handle such cases.

Smith's office has seen 38 animal abuse cases since 2017, he says. "A significant increase in the number and severity of criminal animal abuse cases throughout Macomb County played a critical role in the creation of P.A.W.S.,” he adds. 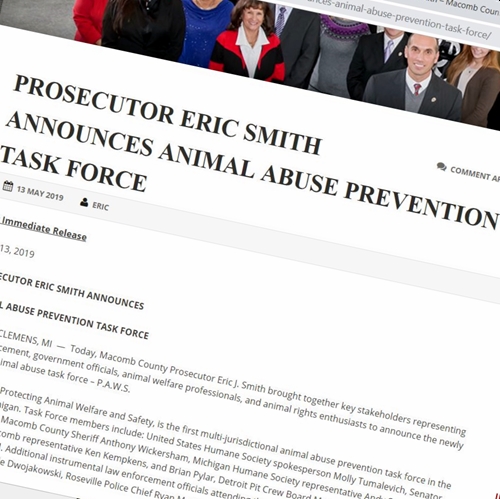 Authorities have long recognized a link between cruelty to pets and domestic violence, as well as other crimes. "We have zero tolerance for animal cruelty in Macomb County," the prosecutor said earlier this month in a statement.

The Freep quotes Molly Tamulevich of Royal Oak, a Humane Society executive who calls the suburban initiative "groundbreaking" and "progressive."

She said the task force "has the ability to elevate the profile of animal abuse cases so we can bring more public awareness to the issue."

A media release from Smith, shown at right, quotes Tamulevich: "Animal cruelty crimes have been documented as connected with other violent crime, specifically domestic violence, child abuse and elder abuse. We know addressing these cases keeps our community safe."