Derick Hutchinson has the latest at WDIV on Tuesday morning:

Smith is under state investigation after troopers served a search warrant at his office. MSP officials raided the Macomb County Prosecutor's Office [April 17], hoping to learn more about his handling of forfeiture funds. 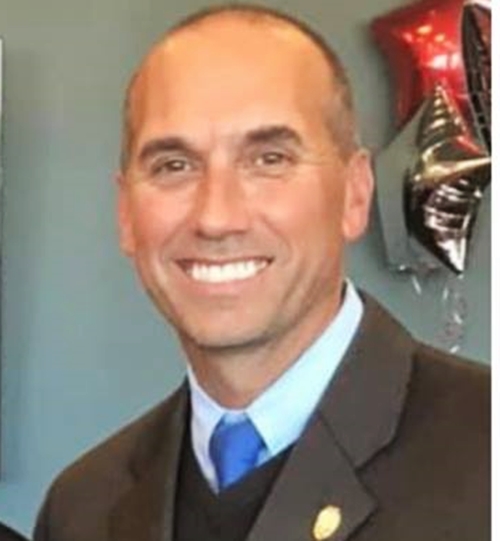 Eric Smith: "This does not look great."
(Photo: Facebook)

"I recognize this does not look great," Smith tells the TV reporter.

"I will continue to be cooperative with the investigation and assist in any way that state police can swiftly conduct their investigation and have this matter fully laid to rest and resolve the misinformation that's existed to date."

The criminal investigation involves the handling of asset forfeiture funds. About $900,000 in question was seized from narcotics violators, fraudulent check writers and others convicted of crimes. State law lets police and prosecutors  seize cash and property from those arrested on drug offenses, and vehicles from repeat drunken driving offenders or prostitution customers. 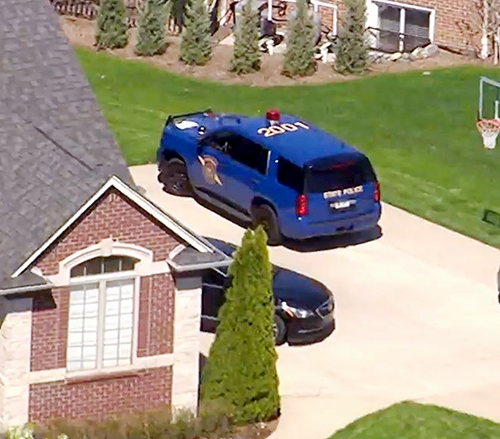 A helicopter view of the scene at Smith's home Tuesday morning. (Image from WDIV video)

Critics say the suburban prosecutor misuses the funds for staff events and to boost his reputation by donating to community groups -- moves aimed at keeping Smith in the elective office every four years. The Democrat first won his seat in 2004.

Hutchinson speaks with Leon Drolet, a county commissioner who has seen copies of forfeiture account checks:

"Taxpayers pay a lot of taxes," Drolet said. "They have a right to know that their money, the money being taken from them, is not being used for politicians' personal use, and the evidence is that's been going to the county prosecutor. . . .

"When looking through these checks, we see checks being written for his high school yearbook, the prosecutor's alma mater, for the school his kids go to, for all kinds of uses that have nothing to do with law enforcement."