'Tantamount to a shakedown': two on Detroit economic board vote no on FCA deal 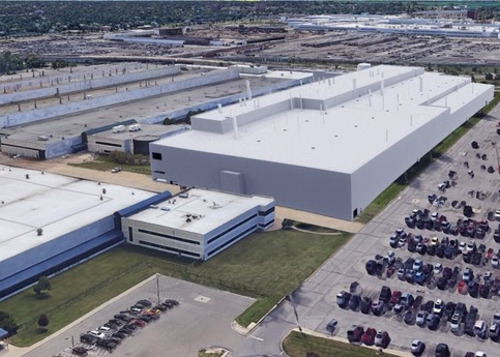 Detroit's plan to spend $239 million to lure Fiat-Chrysler to build a new Jeep plant on the city's East Side has cleared a hurdle to advance to city council, but not without some trouble.

But one of the board members voting no, Matthew Roling, chair of the accounting department at Wayne State University, criticized the pressure exerted by both FCA and the Moroun family that will get a generous payment to turn over its land for the deal.

"It just feels like nothing more than corporate welfare," he said. "This is tantamount to a shakedown."

Under the current plan, the city will pay $51 million in economic development dollars for the plant — meaning it foregoes giving those funds to another project. It will also spend $188 million in cash and land to secure the 215-acre parcel the automaker needs. In exchange, the automaker says it will invest $2.5 billion in the new plant and enhancements at its Jefferson North facility. Gallagher writes that the city believes the $188 million public investment will bring it $353 million in new tax revenues.

But memories of unkept promises by corporations who've previously won incentives from the city have cast a shadow over the FCA deal.  Of course, when FCA blew its starting pistol on 60-day timeline for the city to put together a proposal, in a move that ultimately put it in the driver's seat of the negotiations — GM had just announced it would be closing its subsidized Poletown plant just a few miles away.

Then, in 1988 the city, under a Chrysler-imposed deadline for construction of its new Jefferson North plant, paid $42 million for three buildings and a parcel of land needed for the project. Controversy erupted the next year when it became known that the city had not even looked inside the buildings before closing the deal, and that $40 million of the purchase price went for equipment on the property that the city later auctioned for just $1.7 million.

City offiicials have said there are "strong enforcement mechanisms" built into this deal. If the city does not recoup $57 million in direct investments over 30 years, FCA is to pay the city the shortfall. The $57 million total, the city says, covers $43 million in cash granted and $14 million in land.

Gallagher's ultimate answer to the question of whether the breaks will be worth it is this:

Perhaps no deal struck under such tight pressure could ever be perfect. But how good or bad the deal looks five to 10 years from now will await the judgment of time.