Detroit teachers rally for pay raises ahead of union talks

Detroit teachers are calling for the district to "rise up" their pay as the union and district get set to negotiate increases for the final year of a three-year contract Friday.

Teachers took their demands to the school board Tuesday night with a rally, followed by a reportedly tense meeting. 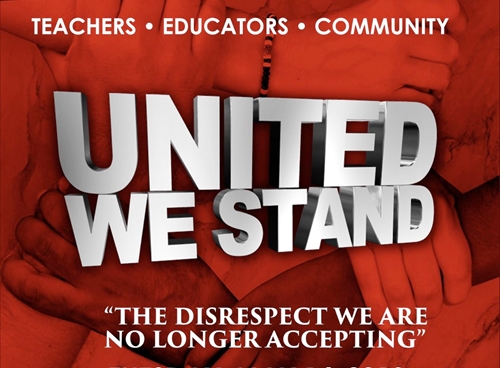 Slide from the Detroit Federation of Teachers.

The current contract included salary increases of 7 percent over the first two years, Chalkbeat Detroit reports, but the sides have to come together to negotiate wages for the third year.

[Superintendent Nikolai] Vitti [has said] the budget for the 2019-20 school year includes pay increases for all employees. That includes step increases for some employees and bonuses. Vitti has said he wants to ensure teachers at the top of the pay scale receive pay increases to get their salaries back to levels that existed before emergency emergency managers took control of the district. He’s also pushed for bonuses for others.

The union, though, wants all teachers to receive salary increases, and not bonuses.

The DFT notched a recent win when it got the district to drop plans for a new school calendar with added days.