Rep. Larry Inman, who has a good reason to be skipping work this week, insists he's "innocent of these charges" that he tried to sell his vote. 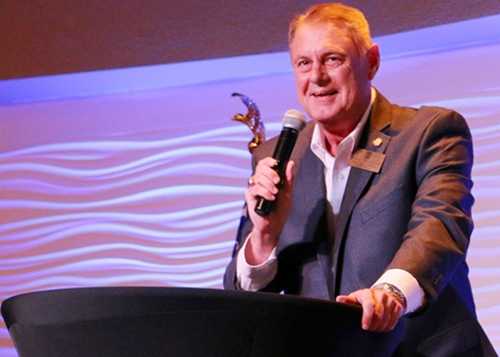 "I have never compromised the integrity of my vote," the Republican from Grand Traverse County says in a statement reported by Nick Manes of Michigan Advance, a Lansing news site.

"I have always represented my constituency honestly and legally. I intend on vigorously fighting these charges and defending my reputation."

A more powerful party colleague who's also from northern Michigan, House Speaker Lee Chatfield, wants the third-term lawmaker to resign. He yanked Inman's committee assignments, Manes posts, "and his office is being run by the House Business Office."

"The conduct and text messages sent by Rep. Larry Inman are completely out of line and are completely against the spirit of this entire institution. Because of that, I have asked him to resign in his official capacity as state representative.”

Great argument this week for why text messages between state officeholders and lobbyists about official business should be FOIA-able.

State Rep. Larry Inman must be more familiar with banking, his first career, than he is with the basics of criminal investigation -- even though he studied law enforcement and criminal justice at two northern Michigan colleges.

That'd explain why he sent an incriminating text message (see below) that ends: "We never had this discussion." 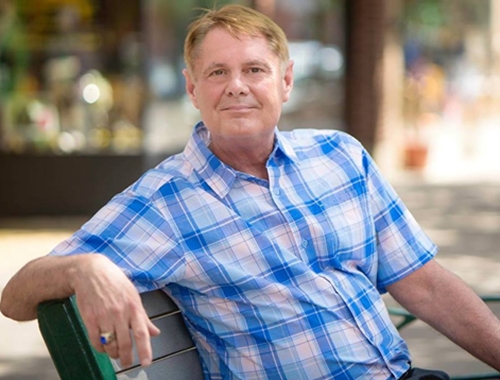 "See if there are checks you can get."

The June 2018 text to a union lobbyist now is among electronic evidence cited in an attempted vote-selling indictment of the third-term northern Michigan lawmaker, Jonathan Oosting posts at The Detroit News' site:

Federal authorities have indicted Michigan state Rep. Larry Inman for allegedly soliciting bribes and attempting to extort a union group ahead of a 2018 vote to repeal the state’s prevailing wage law for construction workers.

The grand jury indictment, filed Tuesday in the federal court in Grand Rapids, includes text messages from the Traverse City Republican seeking political contributions from the Michigan Regional Council of Carpenters and Millrights union, which opposed the legislation.

Inman, in office since January 2015, also is accused of lying to FBI agents.

He didn't get new donations from the Michigan Regional Council of Carpenters and Millrights, Oosting reports, and voted to repeal the law guaranteeing union wages and benefits for workers on projects getting government money. 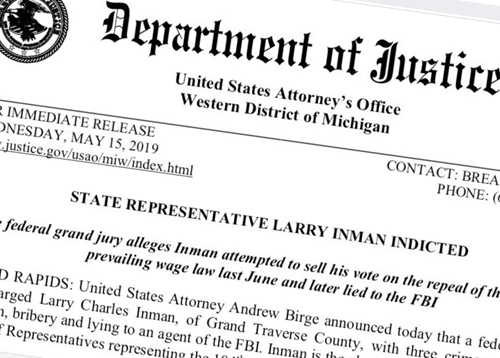 These are among texts from Inman to union representatiuves last summer, as posted by The News from this week's court filing:

Inman has a 1974 associate degree from Northwestern Michigan College in Traverse City, where he majored in law enforcement, and a bachelor of science in criminal justice from Northern Michigan University in Marquette (1976). He retired as a Huntington National Bank vice president for commercial loans in 2007 after a 28-year career. 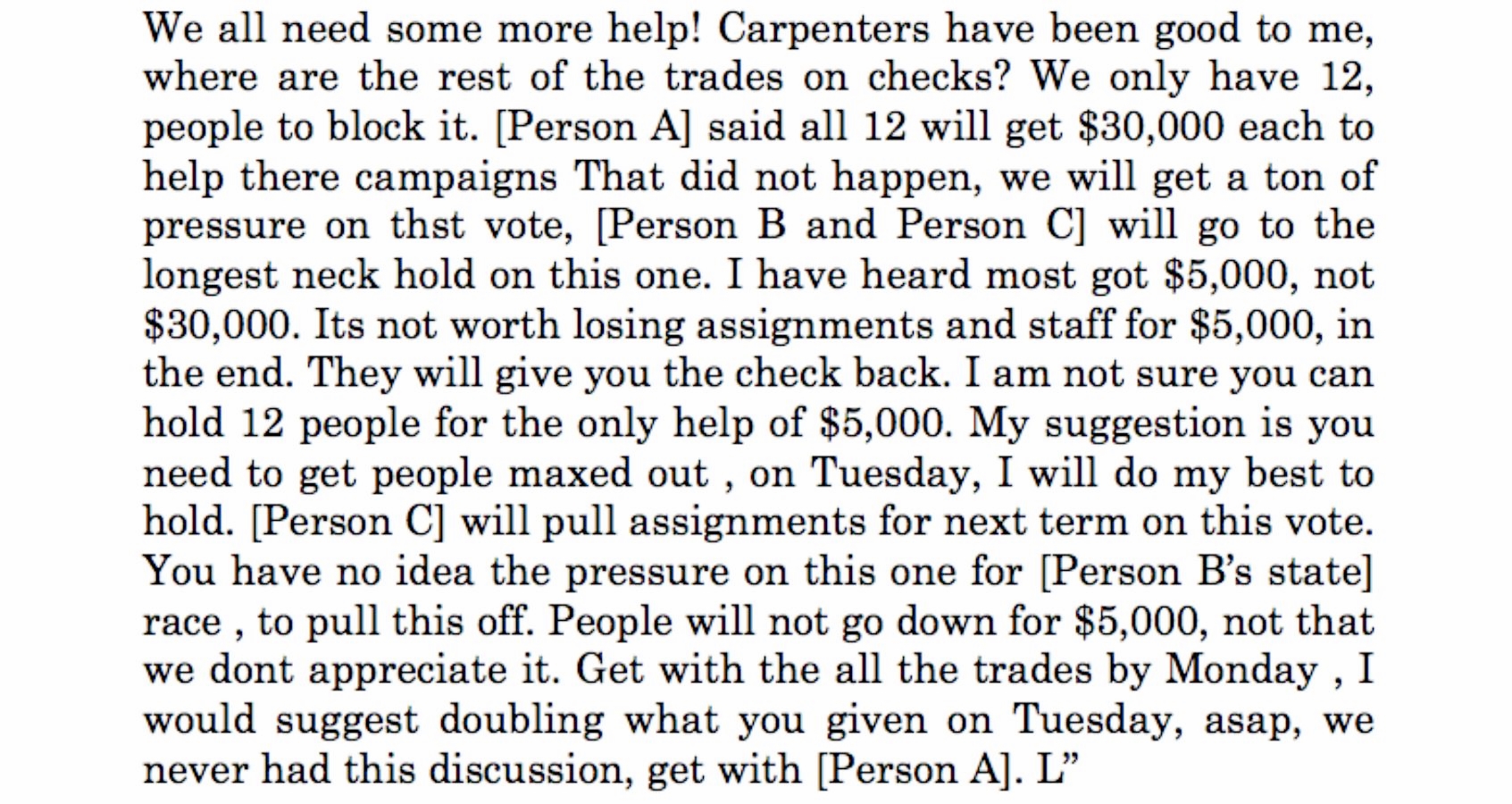