Like a baseball, the story of Pujols' 2,000th RBI takes a hop

It started out simple, but as sometimes happens, this story just keeps unfolding. 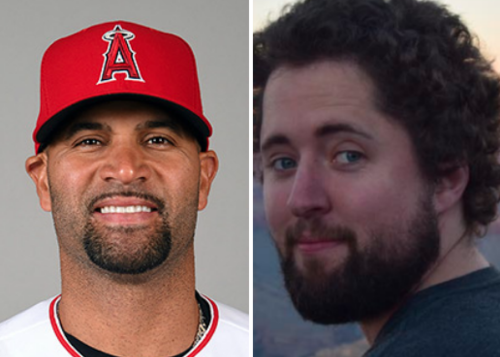 Tony Paul, a Detroit News sportswriter, has yet another chapter in the tale of one man, the baseball he grabbed after an historic hit and what he did afterward.

Ely Hydes, a 33-year-old law student, found himself at the center of a couple days of coverage last week after he successfully scrambled after the ball hit in Albert Pujols' 2,000th RBI, then turned down multiple offers from Detroit Tigers and Los Angeles Angels team reps to give it up, in exchange for escalating offers of team swag. Hydes refused it all, opting to hang on to the ball, even when the teams leaned hard, warning him that the ball would be worthless were it not "authenticated" before it left Comerica Park.

Hydes didn't want to sell the ball, either. What's wrong with this guy? baseball collector-nerds moaned as one. Who does stuff like this? Hydes does, for starters, because he knows what's valuable in life.

Hydes always has been that way, though, truth be told, memories have never meant more to him than they do today — not even one year after the death of Hydes' only child, Cy Maloney, who was 21 months old when he died suddenly last June 11.

At only 33, Hydes has already endured the worst thing that can happen to a person. And so you can spare him your investment advice vis-a-vis baseball memorabilia. He thinks bigger:

Hydes originally thought of giving the ball to his brother, a big fan of Pujols' first team, the St. Louis Cardinals, or maybe his new child, but he felt like that would be selfish. He wants others to see the ball, and so he plans to possibly hand-deliver the ball to the Hall of Fame on a road trip to Cooperstown with some family (Pujols, gracious in reacting to Hydes' original decision, has said he no longer wants it).

There's one other possibility: Hydes might consider giving the ball to a charity, perhaps even Kirk Gibson's Parkinson's foundation, which could auction it off at its annual fundraiser in October.

There's more -- about the new baby on the way, and lots more about little Cy, who was his dad's "baseball buddy," attending games at Comerica as an infant, and...we seem to have something in our eye. Go read. It's a good one.