Wild West: At Least 7 Shootings -- One Fatal -- Overnight in Detroit 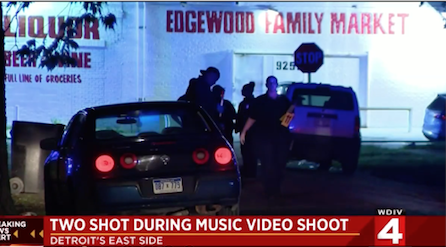 The narrative of a comeback in Detroit always takes a hit when there's a violent burst of shootings like this.

These are among the other shootings, according to the station:

Two people were shot early Friday morning on Laing near Moross and Kelly on Detroit's east side. Investigators told Local 4 the men were sitting in a red Nissan when another vehicle drove by and opened fire. An 18-year-old man was killed in this incident. The second victim is a 22-year-old man.

Around 1:50 a.m. Friday, a 42-year-old man was shot on Broadstreet Ave. near Collingwood. Police said this shooting stemmed from an argument the victim got into with a friend. No arrests have been made. The victim is in stable condition.