Is Tony Soave really a billionaire? 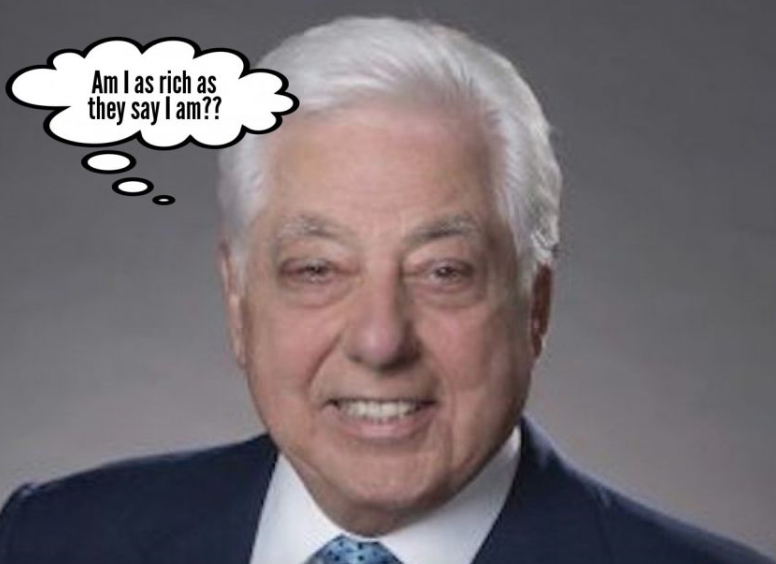 Local rich person and former Kwame Kilpatrick affiliate Tony Soave has been in the news as of late, having cashed in big on the Fiat-Chrysler land swap after an eyebrow-raising transaction. Soave purchased two key parcels near the site of the automaker's planned development in Nov. 2018, as closed-door discussions about a new plant and/or expansion were reportedly getting underway. He received 70-plus parcels elsewhere in the city in exchange for the land and a cash differential.

The sale was first reported by Metro Times in a story titled "Billionaire Soave bought key pieces of FCA land as city negotiated behind closed doors."

But we're not here to highlight days-old news. We're here to split hairs.

Compare that to Dan Gilbert, whose name pops up with mentions of multiple iterations of the list throughout the past decade or so.  Even Matty Moroun made the list in 2019, ranking No. 1281 with a net worth of $1.8 billion.

However, Soave Enterprises says on its website that it "holds interests in a diversified portfolio of companies, which collectively generate annual sales in excess of $1.8 billion." That still does not make Soave a billionaire.

The origin of the apparent error is unclear. But it serves as a nice reminder to media to avoid copying and pasting titles without fully vetting them. And let this also serve as a reminder that wealth is highly concentrated: There are only 2,100 known billionaires in the world.