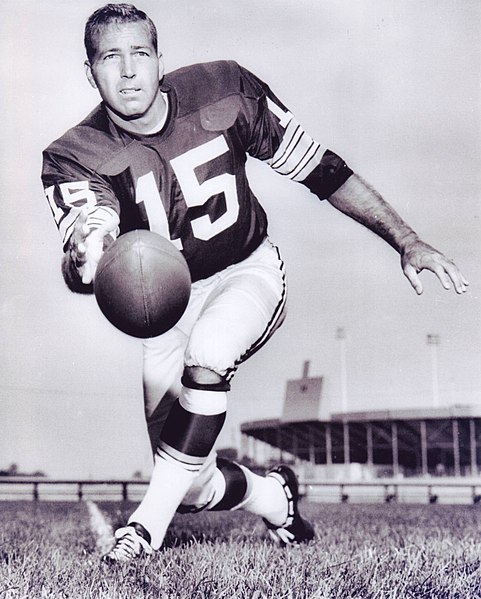 Bart Starr, who died Sunday at age 85, grew up in Alabama during the racist era of Jim Crow segregation.

Long before he quarterbacked Vince Lombardi’s legendary Green Bay Packers, Starr would ride a bus north to Detroit to spend summers with his aunt, who lived in Ecorse, the downriver suburb of the Motor City.

Forty years ago, when Starr was coaching the Packers, I interviewed him at 7:30 a.m. in his office in Green Bay and he recalled what it was like to travel as a teenager into a different culture in the 1940s, after World War II but before the Civil Rights movement.

Referring to his summers in Ecorse, Starr told me: “I remember it so well because it was the first time I ever met blacks in a competitive situation. I’d play with them in pickup games on vacant lots. I lived in Alabama and it just wasn’t done then” there.

Starr also visited downtown Detroit in those summers to see major-league baseball at Briggs Stadium. The Brooklyn Dodgers had integrated the majors with Jackie Robinson in 1947, but the Tigers were still all white. Starr went to watch a visiting player.

“I was a Yankee fan,” he told me. “I’d sit in the centerfield bleachers in Briggs Stadium and watch Joe DiMaggio.”

Like DiMaggio, Starr became an American sports icon. On Memorial Day weekend, he is rightly being eulogized.

Even his name tweaked the imagination. “Bart Starr” sounded like the honest sheriff in a Hollywood western who cleans up a frontier town full of outlaws.

His career bridged two eras of American sports, particularly pro football. When Starr turned pro in 1956, the National Football League was a secondary attraction, far behind baseball and even college football.

In his rookie season of 1956, the NFL had only 12 teams and they played only 12 games each. By the time he retired in 1971, the league had more than doubled in size. The Packers, Lombardi and Starr had helped to establish the Super Bowl and turned their business into a television behemoth.

In most of the obituaries of Starr, the major moment cited for his career was his quarterback sneak that won the “Ice Bowl’ over Dallas on Dec. 31, 1967, in the NFL championship game in frigid Green Bay.

That play set up the second consecutive Super Bowl championship for the Packers – although the game wasn’t officially called “Super Bowl” until the year after that.

But in Detroit, memories of Bart Starr focus on November 22, 1962, exactly one year before the assassination of President John F. Kennedy. By then, Briggs Stadium had been renamed “Tiger Stadium” and the undefeated Packers visited the Lions in their annual nationally televised game.

Blacked Out In Detroit

Of course, it was blacked out from Detroit screens. Back then, even sold-out NFL games were kept off local television in a backward kind of protectionism. The Lions that day drew a standing-room crowd of 57,598.

But if you wanted to see a sold-out Lions’ home game on your black-and-white screen in those years, you had to visit a bar on the West Side with a tall television antenna tower that could pull in a snowy picture from Channel 6 in Lansing, which was outside the blackout market.

In that I was not old enough to drink or to drive, I listened to that game on radio with my brothers in our upstairs bedroom on the East Side. Like much of the nation, we were astonished when the Lions clobbered the Packers, 26-14, in a game that was not even that close.

Starr was sacked that day 11 times, seven of them involving Detroit’s defensive tackle Roger Brown. Only two late Green Bay touchdowns made the score respectable. On many of the sack plays, Brown beat Green Bay guard Fuzzy Thurston on his way into Starr’s backfield.

Two other stars on those teams were defensive tackle Alex Karras of the Lions and halfback Paul Hornung of the Packers. The following season, both were suspended for gambling, although there was no suggestion from the league that the Thanksgiving game was fixed.

When I interviewed Starr in 1979, he told me one of the reasons for the Thurston-Brown mismatch that holiday was that Thurston’s mother had died the day before but he played anyway in his grief.

Such a human-interest angle might have been played up more in modern media.

I asked Starr why it wasn’t mentioned much back then.

“We didn’t make excuses,” Starr said. “It was characteristic of the group and the time.”