Craig Fahle of our team will interview newsmakers from the Mackinac Policy Conference, running from Tuesday evening until Friday on that island. In addition to his daily podcasts, we'll also compile offbeat briefs, starting with these.

Off the main stages

Though the agenda has plenty of hot topics – such as "Growing Michigan's Cannabis Business" and "When and How: Fixing the Damn Roads" – other lively exchanges will come in less-formal settings.

The official lineup, which also includes 2020 elections and "Housing Stability and Economic Development in Detroit" on Wednesday, gets supplemented by porch interviews and impromptu discussions that can make news. Off-podium chatter seems likely to touch on:

Earlier this decade, invited speakers were largely male and pale – just as at many business, academic and scientific conferences.

The Detroit Regional Chamber -- which puts on "the confab," as it's drolly dubbed – has worked to adjust the optics, and not only because its president is of Indian descent and its chief operating officer is female.

Here's a look at the 2019 lineup of speakers, panel members and moderators for a gathering where a Friday morning topic happens to be "Diversity and Economic Inclusion: A Business Imperative:"

Quote of the day

"May the #MPC19 energy level be as high as the Lake Huron water."
-- Matt Friedman, Farmington Hills communication agency co-owner, on Instagram 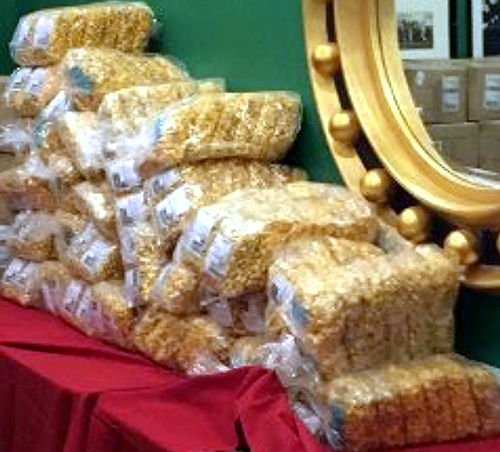 Besides speeches, panel discussion and workshops, the schmooze-fest features a stream of receptions, happy hours and other social occasions for politicians, executives, lobbyists, journalists, publicists and nonprofit leaders. In addition to beverages and canapés, they'll see bowls of Cheddar Caramel Mix – lots of 'em, judging from this photo tweeted by advance team leader Tammy Carnrike, chief operating officer of the host chamber.

That stash is just part of the stockpile, a bulk supply seemingly massive enough to make some attendees swear off the popcorn blend after this week.

For one journalist among dozens at the Grand, this is like a coming-out party.

Gary Miles marks "his major public debut as editor and publisher" of The Detroit News, as Bill Shea puts it at  Crains Detroit Business. The former managing editor moved up this month to succeed the late Jonathan Wolman.

"I'll be going to Mackinac, . . . which I hadn't done as a reporter or editor," he tells the weekly. "I expect to make the rounds to meet and greet." 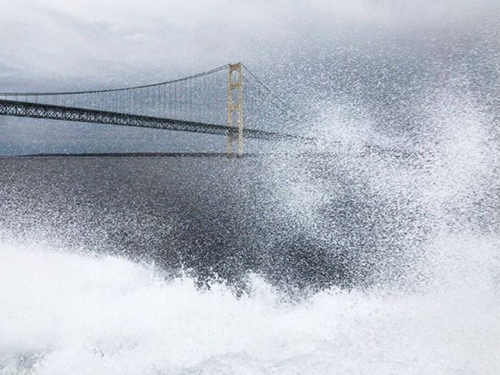 It's not flip-flops and shorts weather yet at the summer vacation destination, so savvy attendees pack sweaters and puffy vests with their business-casual wardrobes.

It was 42 degrees as light rain fell Monday night, and forecasts show daytime averages of 55 to 57 degrees through Friday. Post-sunset temps are projected at 42 to 46 degrees, on average.

The No. 2 executive at the Detroit Regional Chamber, overseeing setup on the island since Friday, tweets appetizing teases:

A Crain's Detroit Business reporter who got off the ferry in time for dinner Monday also can't resist a meal-brag: 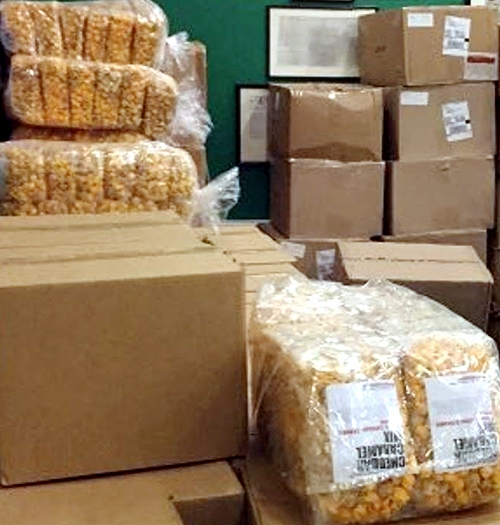 Bring on the popcorn mavens