Anthony Fenech's distress pops off the screen as he bemoans the current mess of a team he has covered since 2015 . It's easy to imagine the Freep sportswriter sniffling, or maybe cursing out loud in the press box at Camden Yards. 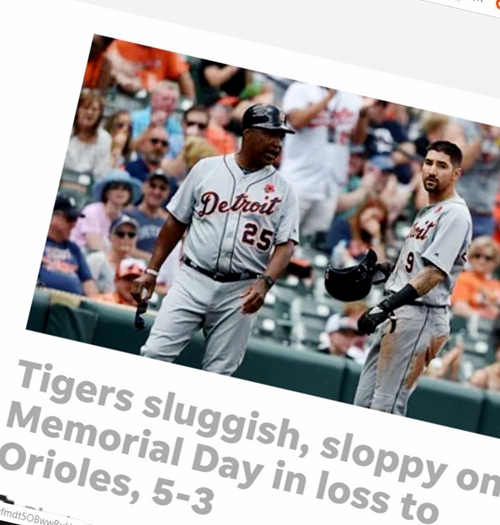 From the freep.com home page.

He seems unsure which are the most precise words or phrases to describe Sunday's 5-3 loss by the Tigers in Baltimore, so Fenech dumps out a bunch.

"Sloppy and sluggish and not smart" are in paragraph three.

Shortstop Ronny Rodriguez is ridiculed for "one of the worst throws you’ll see to second base," and called a player "who hasn't been accused of being a plus defender." 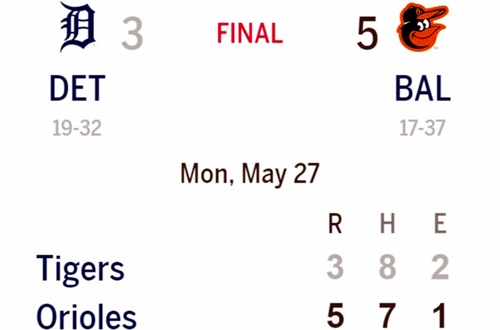 Fenech, who began writing for the Detroit daily while still at Central Michigan University and came on board full-time in 2011, also says this in his account of a sorry-ass squad that played poorly on Memorial Day:

The Tigers dropped the first game of a three-game series against the worst team in the American League. ...

Daniel Norris pitched solidly, but was not able to work around self-inflicted damage by his defensive teammates.

In the bottom of the third inning, shortstop Ronny Rodriguez committed a critical error, spiking a relay throw to second base that could have resulted in an inning-ending double play. The error would result in two runs, pushing the Orioles’ lead to 4-1. It would prove to be too much for the Tigers’ offense to overcome.