'Others Like Me Exist,' Says an East-Side Detroiter Who's Developing a Self-Financed Restaurant

Nya Marshall says she's about four weeks from achieving a goal the Detroit visionary had since 2014, when she bought an East Village building needing lots of work. 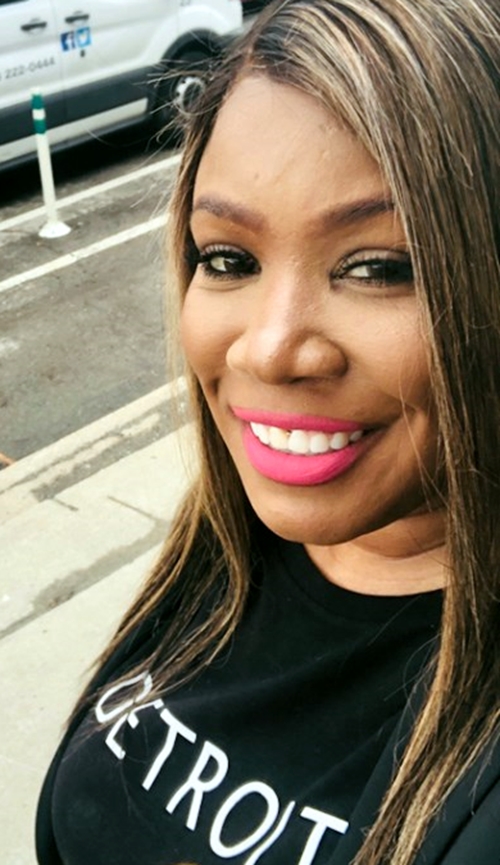 Now "the jovial entrepreneur has overcome a slew of financial barriers in her dream to create a farm-to-table eatery," Amy Lange reports at Fox 2. The site is 9205 E. Jefferson Ave., east of the MacArthur Bridge to Belle Isle.

"Others like me exist. And my goal is actually to encourage others, because this [rebuilding Detroit] is a brick-by-brick process."

Marshall, who grew up on the city's east side, earned a 2005 master's degree in business administration at Wayne State University. She's a former Ford Motor Co. project manager who started a property development company in 2009 called DIOMO -- short for Doing It On My Own.

The current project has been self-financed, she says in interviewers. "I own this building outright. I paid for it. I developed it. I manage my own construction. I hired every single crew. . . . I did it all," Marshall told Andrea Isom of WXYZ early this month.

She plans a soft launch of Ivy Kitchen + Cocktails the week of June 24 or by early July. There's a three-week-old Facebook page, but no menu preview yet.