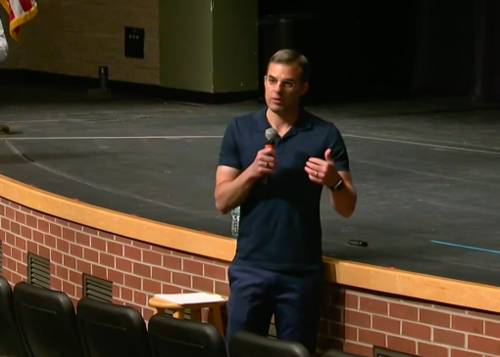 Amash reportedly received both a standing ovation and angry shouts from the crowd as he defended his statements at a town hall in his district. He told the Grand Rapids crowd he decided to call for Trump's impeachment after reading Volume 2 of the Mueller report, which he says lays out “all the elements of obstruction of justice.”

Amash, who has drawn a Trump-supporting primary challenger, said he was not concerned his remarks about Trump could cost him his seat. Two GOP Trump critics, former Sens. Jeff Flake (Ariz.) and Bob Corker (Tenn.), retired in 2018, and another, former Rep. Mark Sanford (S.C.), was defeated in his 2018 primary. While Amash declined to rule out a Libertarian Party presidential bid, he denied he had that in mind when he made the original comment.

Since his original comments, Amash has faced pushback and criticism from fellow Republicans, including Trump, who called him a “lightweight,” and Sen. Rand Paul (R-Ky.), a fellow libertarian-leaning member of Congress, who said the Mueller investigation was “the antithesis of libertarianism.”