Dog-nappers get away with one pooch, while teen owner fights for a second one

How far would you go to keep your baby from being snatched in front of your eyes and driven away by thieves? 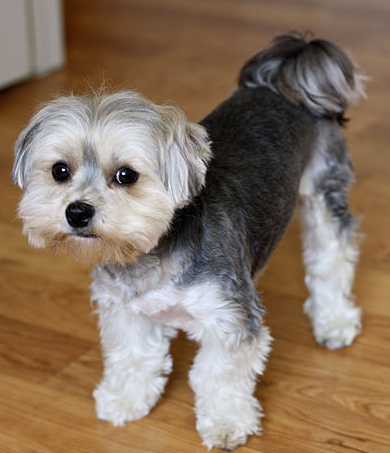 Not Hennessy, but a Maltese-Yorkie mix. (Photo: Wikipedia)

From the What Is The World Coming To file: A man walking two small dogs in Farmington Hills had both snatched by suspects who stopped to talk to him from a passing vehicle. They got away with one after the owner fought to get them back. What's more, the stolen dog, Hennessy, was a therapy dog for owner Sergey Olsen. Get a load of this, from Fox2Detroit:

About two blocks from his home he was approached by four people inside a Chevrolet Aveo. The strangers, three men and one woman, struck up a conversation about the dogs saying that they also had rare breeds.

They asked to pet his dogs, got out and did. It seemed routine until they grabbed the dogs and shut the doors to the car. As the people inside began to drive off, Sergey grabbed onto the seatbelt inside and reached in for one of the dogs and was dragged 50 to 100 feet in the process.

Good lord. The snatched dog is Hennessy, a 1-year-old, 5-pound, brown male Maltese/Yorkie mix. The suspects are described as four African-American individuals in their teens to early 20s, three of them male, being driven by a female in a silver, sub-compact car, possibly an Aveo.

Anyone with information should contact Farmington Hills police at (248) 871-2600.