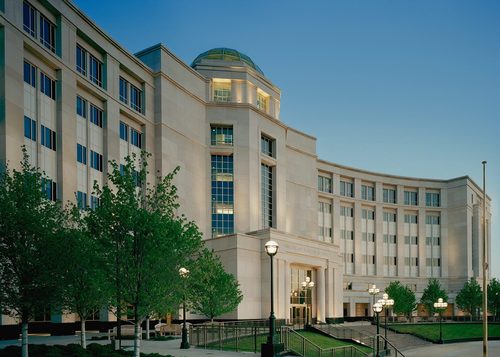 Bad news for public sector workers who thought they could retire in peace. The Michigan Supreme Court has nudged a block in the precarious Jenga tower of pension benefits, and it could soon come crashing down.

In a class-action case involving health care benefits for 1,600 retired Macomb County workers — roughly 400 of whom have died since they filed the lawsuit in 2010 — the Michigan Supreme Court ruled Thursday that the union contracts for the retirees don't specifically promise “a vested right to lifetime and unalterable retirement health care benefits.”

The case has attracted statewide attention because of its potential impact on the budgets of county and municipal governments, which are now more free to alter retiree benefit levels. Key statewide organizations that represent cities and counties submitted briefs in support of Macomb County’s position.

Republicans have the majority in the state supreme court, and the vote split along party lines. The R's determined that health benefits expire at the end date of each union contract, allowing the county to make changes. County officials warned not allowing changes "could burden local governments across Michigan with huge unfunded liabilities, as they’d be forced to maintain costly benefit levels and be precluded from negotiating changes in insurance carriers," the Free Press wrote.

The dissenters, meanwhile, said the retirees’ view “has commonsense appeal: they thought retirement health care was a promise that they would have health care for the period of their retirement.”