Major League Baseball attendance around the league is down for the most part, The Detroit News points out. 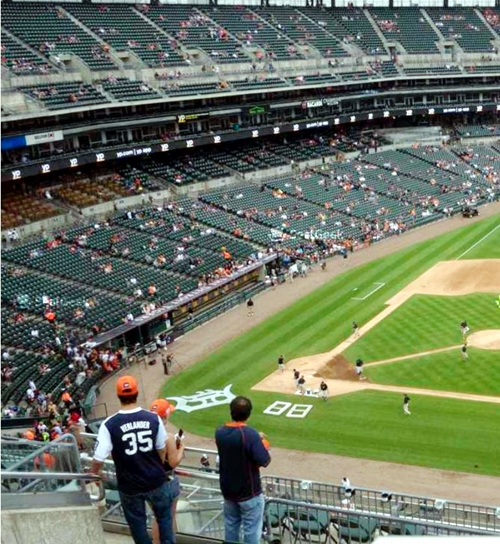 Nevertheless, the Tigers are doing really bad. In fact, if the team keeps up this pace, it could record the worst year for attendance since 1996, when they drew 1,168,610 at the old Tiger Stadium at Michigan and Trumbull.

Of course, Tony Paul notes, there soon could be an uptick in attendance for a number of reasons:

For starters, weather has been a problem. There have been few sunshiny (figuratively or literally) days at Comerica Park this season. When school's out, the ballpark should see a spike — even if the team's collective batting average doesn't (spoiler alert: it probably won't).

That said, there clearly is some concern among the Tigers' ticket sellers, prompting the team to launch a June flash sale that's offering tickets for as low as $9, with no added-on fees, for every game that month. Tickets in the lower bowl will start at $14. Some tickets can be had for as much as 60% of the regular price.