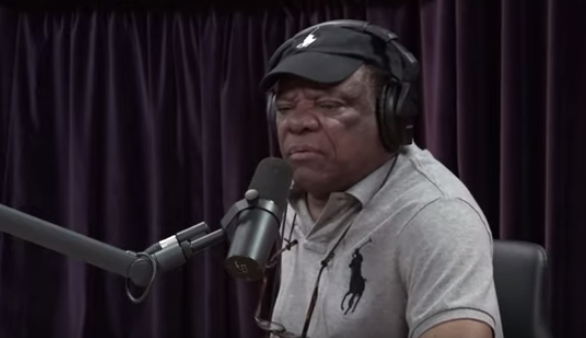 John Witherspoon: "It's a new ballgame."

Actor-comedian John Witherspoon, a Detroit native who appeared in such movies as "Friday" and the "Hollywood Shuffle," mentions 12th Street in Detroit, pimps who wore cologne and the auto factories that moved out of town.

"See, where I grew up, it was a lot of pimps around the neighborhood and they wore the best cologne," the 77-year-old said Wednesday on a videocast of the Joe Rogan Experience (video below). "Them dudes was sharp. Their hair be shiny. . . . So when I got old, that's what I would do, I would," slap the cologne on, he said, gesturing with his hands slapping his face.

"Them pimps used to crack me up. They would be so sharp, yeah. Shoes be so shiny. And they'd get that cologne."

He goes on to talk about Detroit hitting the skids after factories closed. "General Motors, Ford, they were for themselves."

Then he talks about how the city is coming back, as he saw while visiting about two months ago for his brother's funeral.

"It was just like any other city to me," he says of the improvements. "It is a new ballgame."