Steeping out front alone creates a target for snipers and for salutes. 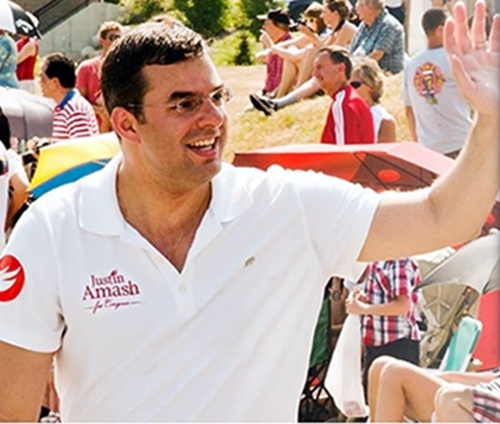 Michigan Rep. Justin Amash draws both since becoming the first Republican in Congress to urge the opening move toward possible presidential impeachment. Praise comes from prominent figures, as well as voters at a Grand Rapids forum in his district last Tuesday.

The latest to rise and salute the fifth-term congressman is Andrew Sullivan, an influential conservative author and commentator who was editor of The New Republic from 1991-96. (That magazine posted a May 22 essay praising Amash.)

In his weekly New York magazine column, headlined "This Is What a Real Conservative Looks Like in 2019," Sullivan admires the West Michigan maverick for explaining "in clear and simple English . . . his view that impeachment was obviously the only appropriate response to President Trump's attack on the rule of law." 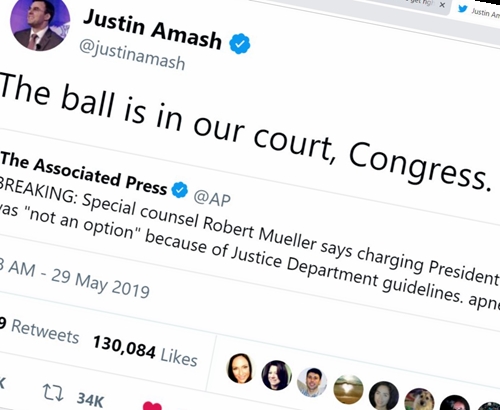 Sullivan refers only to the crusading congressman's latest tweetstorm in a column that starts with a well-done for Robert Mueller. Here's part of the six paragraphs lauding Amash:

In the years we have lived with a strongman threat to our system of government, this was the first time I discovered someone deep in the congressional GOP who recognizes the profound danger of doing nothing, and may have the fortitude to live up to his constitutional duties. It was, in a word, thrilling. The simplest case against Trump is a deeply conservative one — as Amash, a founding member of the Tea Party and Freedom Caucus, understands. It's about constitutional order, the restraint of executive abuse, and resistance to tribalism.

Amash understands how a tribal mentality — and the mutual hatred and fanaticism it generates — devastates our form of liberal democracy. . . .

This is a central struggle of this time: Do we acquiesce to tribalism or aim for the citizenship the founders hoped for? Do we worship a cult leader or practice self-government? This week, Amash has done something important: He has opened up a tiny space within the congressional GOP to debate this question. In a very dark room, he's the light that begins to seep through the crack under the door.