Call it a lemonade stand with a twist.

The outdoor pop-up consists of a large bench atop a five-foot retaining wall alongside the Cut between Gratiot and Adelaide, just south of Eastern Market's access to the path. "This pulley system allows us to send down drinks to even the youngest of customers," the startup posts on Instagram. "Plus, doesn't it make it that much more fun?" 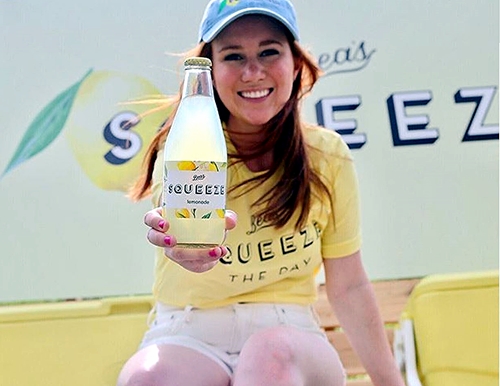 It's the brainstorm of Beatrice and Eli Wolnerman, millennials from Grosse Pointe Farms who bought a 650-square-foot sliver of land from the city for their mini-business, a way to promote an upcoming venture at Eastern Market. "Let's squeeze the day together," they say on Instagram.

They'll run the stand each not-raining weekend through August and perhaps into September. 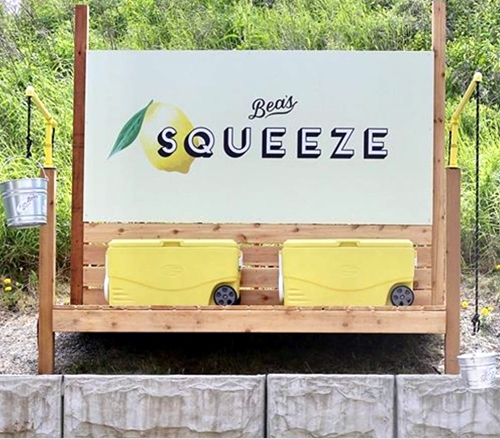 The Metro Detroit pair met at the University of Michigan, where the former Beatrice Tepel earned a psychology degree and he majored in marketing. They graduated in 2014, married in July 2017 at Detroit Institute of Arts, honeymooned in Italy and France, and launched the boxed gifts venture a month later.

Their new lemonade, incidentally, also is an ingredient in Honey Bea's Shandy, a craft beer on tap at Eastern Market Brewing Co. -- a Riopelle Strreet neighbor of the coworking space to be called Bea's.