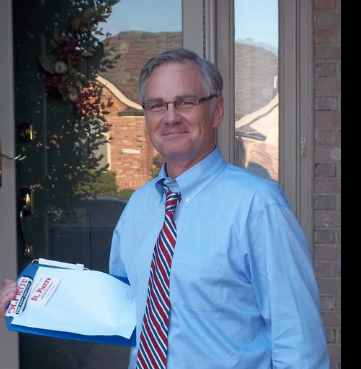 A 2-1 Michigan Court of Appeals decision says four veteran city councilmen in Warren can be on the August primary election ballot, Mitch Hotts writes in The Macomb Daily.

More details on the issue are below.

Warren’s world has been rocked.

Four veteran city councilmen, who have manipulated the Warren election process to their advantage, now find themselves cast to the curb, declared ineligible to run in November. A judge's ruling, should it stand, all but guarantees a radically different city council after this year's elections. Even for Warren, where politics are cut-throat, this was a bombshell.

Cecil St. Pierre, Scott Stevens, Steven Warner and Robert Boccomino will be turned out. Each have already served 12 years or more on council.

To understand this tale of turnabout, imagine a city where 12-year term limits for elected council members quietly became a 24-year limit without a vote of the people or the council. It happened after incumbents asked for an opinion from the city attorney five years ago, and got what they wanted.

Warren voters approved term limits in 1998. A 2010 city charter amendment reduced the council from nine members to seven, and organized them into five district representatives and two serving at-large.

In 2014, when two incumbents found themselves facing the end of their allowed time in office, they used an intermediary to ask city attorney David Griem for an opinion that might let them sidestep term limits.

He responded with an opinion effectively declaring the council to be a bicameral legislative body that allows members to serve 12 years (three 4-year terms) representing a district and another 12 years serving on an at-large basis. His declaration was issued in December, between Christmas and New Year’s Day, when it's safe to say few were paying attention.

Somehow, that wacky idea has stood as standard protocol in Warren, the Wild West of local politics in southeast Michigan, ever since. A legal challenge in 2015 failed but this time around was a much different story.

No distinction exists between the duties of district council members and those of at-large members, he concluded. Council meetings and votes on resolutions and policy matters always involve all seven members. And the city charter makes no distinction between the two council member categories in terms of maximum years served. 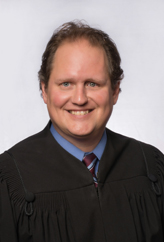 After getting away with this dodge for the past four-plus years, those on council who undermined the system now disingenuously cry foul, suggesting that dirty politics removed them from this year’s ballot.

St. Pierre, the leader of the movement to extend term limits, has served on council since the 1980s, including a few terms prior to the imposition of term limits and a gap in the early 2000s. Currently the council president, St. Pierre stands as the overt symbol of what this court ruling really means for Warren politics.

After all, longtime Mayor Jim Fouts, lingering in the background, sees his stranglehold on council potentially crumbling, as St. Pierre and other allies are declared ineligible to run for re-election. Though he is the heavy favorite in the upcoming mayoral election despite countless controversies, Fouts’ heavy-handed rule in City Hall may be fading.

As for St. Pierre, a prominent figure in the state Republican Party, he objected to the dramatic court ruling coming after the filing deadline for city candidates had passed. His complaint was that he could have moved on from his questionable control of council and instead run for another office, such as city clerk or treasurer.

“A lot of people got cheated from possibly running,” he told the media.

No. The cheaters have been caught. And they are paying the price.