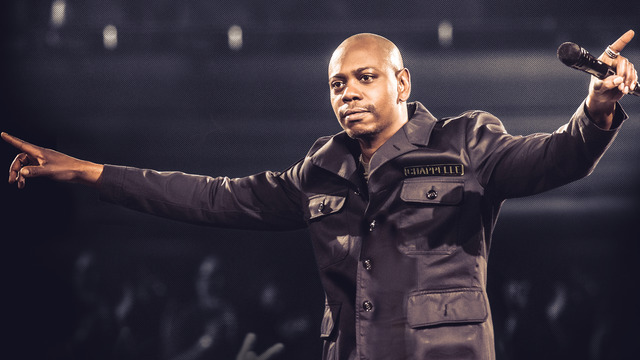 Dave Chappelle is a brilliant comic who bombed in 2015 in Detroit at the Fillmore andy got booed. Turns out he smoked some pretty potent weed, got way too high and lost his way on stage.

Well, he's back. Chappelle, 45, is set to perform Monday, June 10 and Tuesday, the 11th at The Fillmore Detroit. (Tickets)

On Friday at 8 p.m., comic and actor Jim Gaffigan, author of two New York Times best-sellers, is the Fox Theatre headliner at a benefit for Forgotten Harvest, a food-rescue nonprofit. I interviewed him a few times while I was at The Washington Post and once hung out back stage with him between acts at the Warner Theatre in D.C. He's a funny guy worth seeing. (Tickets)

And then there's HBO's never-short-of-an-opinion Bill Maher, who performs Saturday, June 22 at 8 p.m. at the Fox. (Tickets)