Update: He's back, and it's official. John James will run for U.S. Senate again.

Although James lost to Sen. Debbie Stabenow in 2018 by six percentage points, it was her smallest margin of victory since she gained her seat in 2000, which was seen as a strong performance by James in a blue-wave year. State Republicans said they saw a future for James, a military veteran and entrepreneur, in the state and national party. 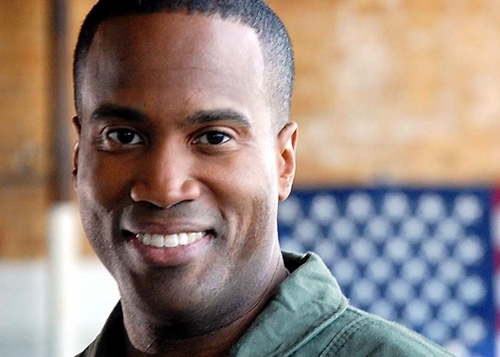 ... promotes the Farmington Hills Republican as a "political outsider" and targets Sen. Gary Peters, suggesting the Bloomfield Township Democrat up for re-election has "failed" Michigan.

Signing up through the website triggers an email declaring James is "officially running" for Senate in 2020, two years after he lost to Democratic Sen. Debbie Stabenow of Lansing.

... James is set to appear Thursday morning on Fox News and teased the segment on Twitter, telling followers, "You don't want to miss this."