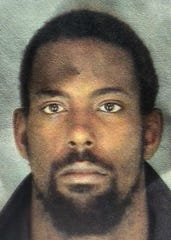 Deangelo Kenneth Martin, a 34-year-old homeless man suspected in the slaying of three women on Detroit's east side, is charged in a fourth case with sexual assault of a 26-year-old woman, the Wayne County Prosecutor's Office announced Monday.

Martin has not been charged with any murders, but the prosecutor's office said "the Detroit Police Department investigation related to this defendant is ongoing,"

Martin allegedly stabbed and sexually assaulted  a woman on May 7 at 1:40 a.m. at a house on Detroit's east side.

He faces one count of assault with intent to murder and four counts of first-degree criminal sexcual conduct, according to a press release, and was arraigned Monday aftrernoon at Detroit's  36th District Court.

Detroit's police chief said at a news conference Monday afternoon that the suspect had not been arrested previosuly for a violent crime. He also made these statement, Metro Times reporter Steve Neavling tweets:

Chief James Craig on the serial killer suspect: "We’re confident that he’s connected to all the cases”