'We Need One Detroit:' Janeé Ayers of City Council Tells Why She Backs Security Guards' Push to Join a Union

Aboiut 200 women and men who staff office building lobbies, video monitoring stations and special events in Detroit authorized a strike "in the coming days," according to a union they'd like to join. No deadline for a possible walkout is announced.

"Downtown Detroit security officers voted to strike any day now due to unfair labor practices that they face from their employer, SecurAmerica," says a social media post Monday afternoon from Local 1 of the Service Employees International Union (SEIU). It adds:

Officers are fighting for #OneDetroit, where they can come together for at least $15 [an hour] and union rights without fear of intimidation or retaliation. 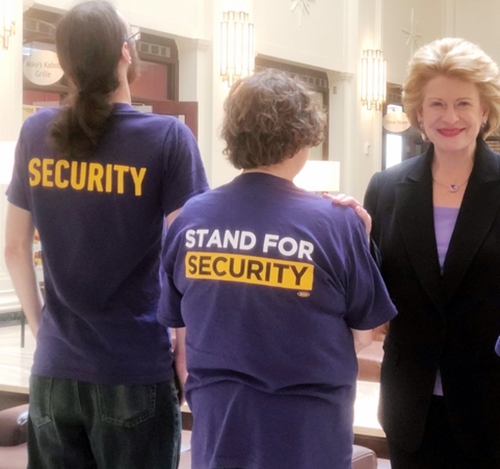 Update: a spokeswoman for the local union chapter says they still haven't had any kind of response from SecurAmerica about the vote to go on strike. No firm date yet as to when that strike might start.

Annalise Frank has a bit more at Crain's Detroit Business:

Bedrock declined to comment and the Georgia contractor didn't respond to a series of media requests for comment.

"Without security on every corner, we wouldn't have tourists down here. We would not have people that want to come down here to eat, or to hang out, or to work.

"We would still be where we were 10 years ago . . . and if Detroit's going to come back, we need all of Detroit to come back."

A release from Local 1, which spans 11 Midwestern cities, quotes security officer Micah Brown, 19, of the One Woodward Building:

"We are the Detroiters who have been here helping build downtown's resurgence, and we need a union and at least $15 because we're tired of being left behind.

"That's why security officers voted to strike in the coming days over unfair labor practices to protest the threats of retaliation we've faced for coming together for our union and a better future."

Allies of the workers include Sen., Debbie Stabenow, D-Mich., who posed with three a few days ago (above) in the Chrysler House lobby on Griswold Street in Detroit's business center, and Janeé Ayers, an at-large City Council member. 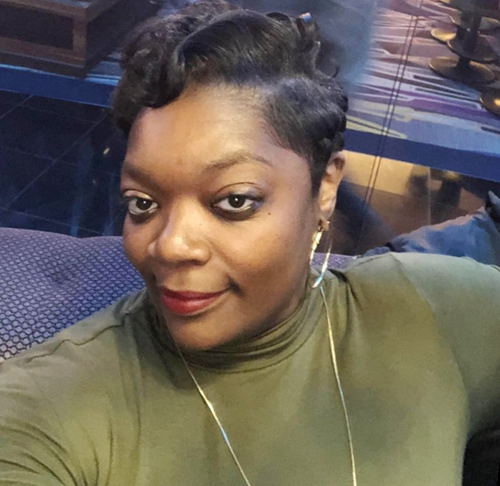 Janee Ayers: "We are living in two Detroits." (Photo: Facebook)

"We are living in two Detroits," she writes in a Free Press guest commentary last Thursday:

Detroit's rebound has helped bring back a key industry: private security. . . . However, many of the security officers who keep downtown safe for others are unable to enjoy the benefits of the same prosperity they help secure.

The SEIU surveyed nearly 50 security officers in downtown Detroit and found that officers can earn as little as $22,000. Nearly half of the officers surveyed say they rely on public assistance to make ends meet, while a quarter note that have to work two jobs to support themselves and their families.

The same people who secure these downtown buildings are the ones who lived here and stayed here during the city’s greatest struggles. . . . We need one Detroit, where no working person should struggle to put food on the table for their families. . . . All working families [deserve] the opportunity to participate in Detroit’s resurgence and thrive with at least a $15 hourly wage.

In Ohio, 500 janitors at Cleveland’s downtown buildings ratified a SEIU contract April 27 that boosts wages up to 25 percent over five years. The average hourly wage hits $15 by 2023 and janitors will receive fully funded healthcare, says a union release.