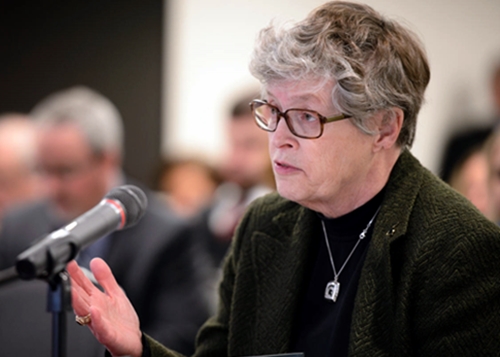 On Tuesday, during the fifth day of her preliminary hearing, District Judge Julie Reincke of Eaton County said documents indicate there's probable cause that the former university president "knew what was going on" with a 2014 complaint against disgraced ex-doctor Larry Nassar, reports Kim Kozlowski of The Detroit News. He later was convicted of sexually assaulting scores of women.

While many witnesses had yet to be called, the judge's remarks provide a hint as to how she may rule. She must decide whether there's enough evidence to forward the case to circuit court for trial.

Authorities charged Simon with lying to police in 2018 when she claimed she was never told the name of Nassar when she was informed in a meeting about a 2014 sexual assault complaint. She is charged with two felony and two misdemeanor counts.