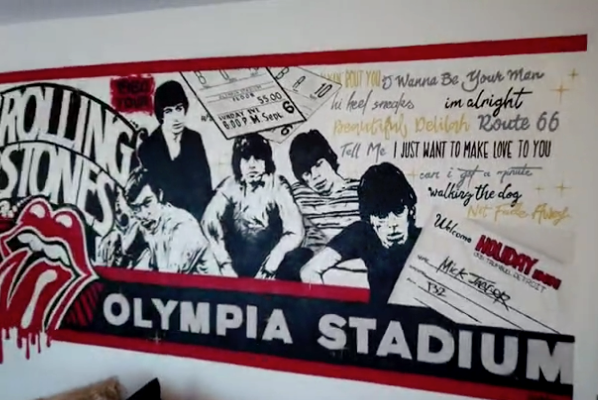 Back in the 1960s, the hotel on Trumbull, south of Tiger Stadium, was a Holiday Inn. In 1964, the Rolling Stones stayed there after a concert.

Over time, the hotel changed names and became worn and tired. In 2016, it underwent a $9-million renovation and opened as the Trumbull & Porter Hotel, a quaint boutique hotel.

Room 132 at the hotel is the legendary suite. An article published in 1964 in the Detroit Free Press detailed the iconic rock and roll band's stay at the hotel, noting that fans basically stormed the hotel. The general manager at the time had to call police to help manage the crowd.

The photo in the newspaper shows the band sitting on the bed in the room. The photo has been re-imagined as artwork and is featured above the bed