The nearly century-old Marygrove College will close permanently after the fall semester, the Free Press reports. 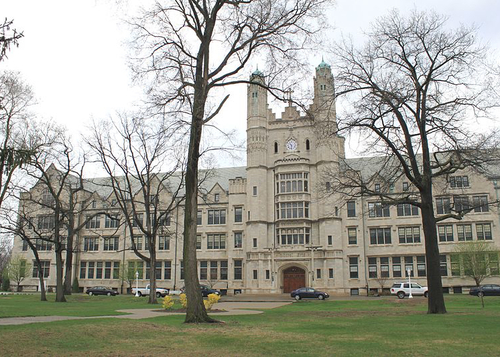 The college's financial struggles had not been well-publicized, and Marygrove students and alumnae reacted to the news of the undergraduate program closure with shock and dismay. Many questioned whether the college had truly explored all avenues; college officials say that debt continued to grow, and enrollment continued to decline.

Only 305 students remain in the graduate program.

This won't affect a "cradle to career" campus planned to open next fall at Marygrove, co-administered by the Detroit Public Schools Community District, the University of Michigan, the Kresge Foundation and other partners, the paper reported.

“This is indeed an incredibly sad and heartbreaking day for everyone: Marygrove, higher education, our alumni, students, faculty, staff, our neighbors and the city of Detroit," said (Marygrove President Elizabeth) Burns, a Marygrove alumna who became president of the college in 2015.

The campus, located on West McNichols Road on the west side of Detroit, has been open there for 92 years, founded by the Immaculate Heart of Mary congregation.