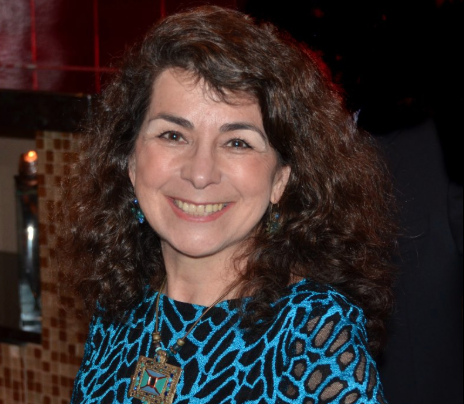 Aviva Kempner: "It's an incredible story."

Filmmaker Aviva Kempner, who grew up in the Sherwood Forest neighborhood of northwest Detroit and graduated from Cass Tech, has long had a great romance with baseball. In 2000, many years after moving to Washington, D.C., she released her highly acclaimed documentary, "The Life and Times of Hank Greenberg," a Tiger legend who played in 1930s and 1940s.

Now, Kempner, 72, whose documentaries focus on Jewish subjects, has produced another film on a baseball player -- this time, Moe Berg, who became a spy for the U.S. during World War II.

Tittled "The Spy Behind Home Plate," it debuts locally June 21 at the Maple Theater in Bloomfield Township, with Kempner speaking after three screenings. (Schedule and two-minute video below.)

"It's always very special for me to bring the films to Detroit," she tells Deadlline Detroit. "You can take the girl of out Detroit, but not the Detroit out of the girl."

The Spy Behind Home Plate is a documentary about Morris “Moe” Berg, an enigmatic Jewish catcher during baseball’s Golden Age who joined the Office of Strategic Services (OSS) to spy for the U.S. on the Nazis’ atomic bomb program. Berg grew up in an immigrant Jewish family in Newark, N.J., attended Princeton University and received a J.D. from Columbia University during his off seasons in baseball. He played professional baseball from 1923 to 1939 for the Brooklyn Robins, Chicago White Sox. Cleveland Indians, Washington Senators and Boston Red Sox.

Known as the “brainiest guy in baseball,” Berg attended the Sorbonne in Paris, and was known to speak or write in 12 languages. Highlights of the documentary include Berg’s All-Star exhibition tour with Hall of Famers Babe Ruth, Lefty Gomez and Lou Gehrig to Japan in 1934, his selection by the OSS’ mission to interview top Italian physicists to assess their knowledge of the German bomb program and his 1944 OSS assignment to attend a lecture by German physicist Werner Heisenberg in Zurich. 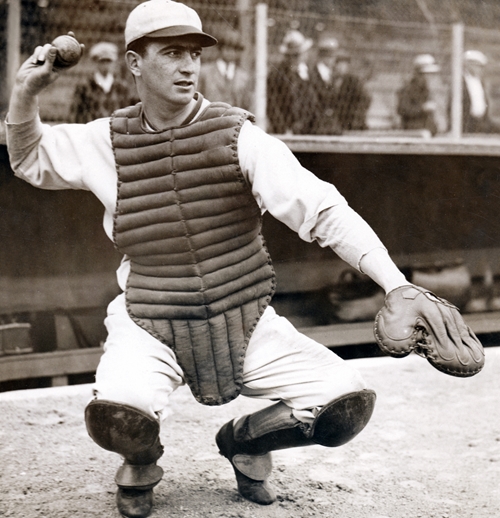 Moe Berg (Photo: Courtesy of Irwin Berg, via the filmmaker)

Kempner, who helped campaign to bring pro baseball back to D.C.-- it returned in 2005 -- has been going around the country speaking in cities where the film she directed, wrote and produced has opened. On Thursday, she was in Boston, and on Friday she'll appear at New Haven and Hartford theaters in Connecticut.

"It's an incredible story," she says.

The Los Angeles Times gives the film a big thumbs up:

One has to agree with sportswriter (Larry) Merchant when he asks in genuine astonishment: “Has there ever been a professional athlete who had that kind of reach in his life? Can you make that up?”

No you can’t, and thanks go to filmmaker Kempner for putting all the pieces together in such a satisfying way.

Kempner's other documentaries are “Yoo-Hoo, Mrs. Goldberg” (2009), the story of radio and TV personality Gertrude Berg; the "Partisans of Vilna" (1986) about the Jewish resistance in World War II; "Rosenwald" (2015), the story of Julius Rosenwald of Sears, who built schools in the South for blacks.

See the film, hear its creator