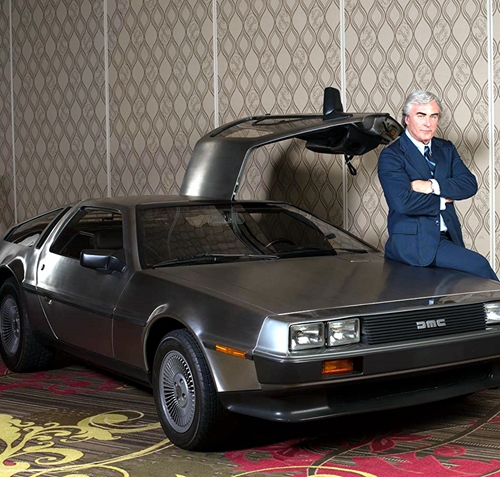 For the backbone of the film, [its two directors] take the traditional route of using interviews, photos and archival footage to tell the story of the innovative General Motors executive whose dream of having his own car company crashed into a notorious scandal.

But they also weave in dramatizations of key moments from DeLorean's life, with Alec Baldwin playing the title character. And they include bits of meta-commentary by Baldwin and actress Morena Baccarin, who plays DeLorean's third wife, Cristina Ferrare, who break the fourth wall to talk about their characters.

The one-hour, 49-minute release is at the Main Art Theatre (Royal Oak), the Birmingham 8 and the Michigan Theater (Ann Arbor). 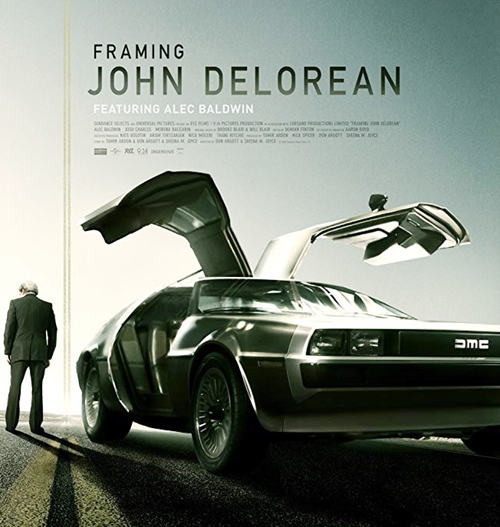 Here's a sampling of four reviews. followed by a two-and-a-half-minute trailer:

► The Detroit News: The multi-faceted style helps paint a complicated picture of the flawed genius, described alternately here as a winner, loser, champion and fool, who started a revolution and wound up going down in the flames of a fire he set himself. . . . The DeLorean story encompasses big dreams, huge successes and crushing failures. . . . A more straightforward telling wouldn't do its subject justice. -- Adam Graham

► The New York Times: [This] smart, hook-filled blend of documentary and fictionalized re-enactments, opens with a question: Why haven’t more movies been made about John DeLorean? . . . It is a quintessentially American story of ambition and greed, with plot twists a fiction writer might consider outlandish. . . . The movie . . . is unfailingly engrossing. -- Glenn Kenny

► Variety: [It's] a tasty and satisfying look at the rise and fall of the self-styled auto magnate of the ’70s and ’80s. . . . The co-directors, Don Argott and Sheena M. Joyce, do a superb job of laying out the real story, in all its ambition and hubris and madness and tragedy, and separating the myths from the facts. And they succeed, in part, because the movie they're making dares to be an adventurous hybrid. -- Owen Gleiberman

► RogerEbert.com: DeLorean led the kind of life no one would believe in a fictional character. . . . It is true that no movie can tell the full story of a man’s life. But movies like this one can tell us something important about our own. -- Nell Minnow