MSU racks up a dubious-achievement award from journalism group IRE

Michigan State University's been down so long, everything's starting to look like up in East Lansing. What's one more kick to the ribs?

This week's was delivered by the Investigative Reporters and Editors, the country's largest organization of same, which named MSU the recipient of its Golden Padlock Award, given for its "unrelenting commitment to ensuring transparency was avoided." 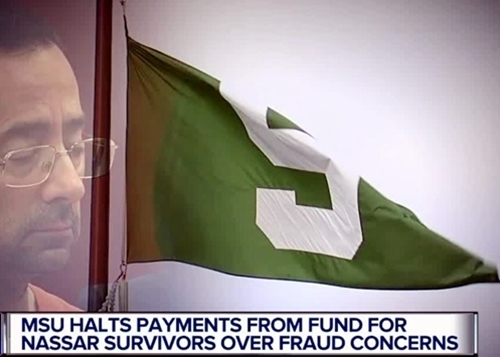 "In our seven years of doing this, it is right up there with some of the most egregious contenders for this honor," said (awards committee chairman Robert) Cribb, an investigative and foreign affairs reporter at the Toronto Star.

... Cribb said one of the school's more inventive strategies was to sue ESPN in 2017 after the outlet filed a request for police reports involving student athletes. The case was dismissed four months later.

A representative of the university was invited to the group's annual meeting in Houston to accept the award. Astonishingly, no one took them up on it.