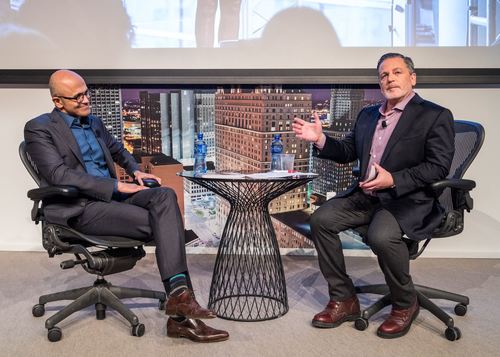 Gilbert, 57, was hospitalized in late May after a stroke for which he had to undergo a catheter procedure at Beaumont Hospital in Royal Oak.

On Wednesday, Deadline Detroit learned Gilbert had been released from the hospital, though it's unclear if he is home or in another facility.

Little has been shared about his condition in recent weeks, but the leader of his flagship company, Quicken Loans, said on June 5 that recovery would take time.

A combination get-well-and-thank-you card has been put together by members of DetroitYES!, a forum dedicated to discussing Detroit-related happenings.

“Thank you Dan, for trying to save a city. I wish I could donate to the cause, but am on a very limited income,” writes one user.

Another writes, “Thank you for all the good you've done the city and not only single-handedly renovating all the beautiful buildings downtown, but giving the architecture of them the respect they deserve.”

“Thank you for bringing good paying jobs, positive media attention, and many renovations and construction projects that have transformed downtown.”

DetroitYES! is also soliciting donations for the Gilbert Family Foundation. They plan on sending a check along with the card to the Gilbert family. To sign the card yourself, and — if you’re more well-off than the first commenter — donate, click here.