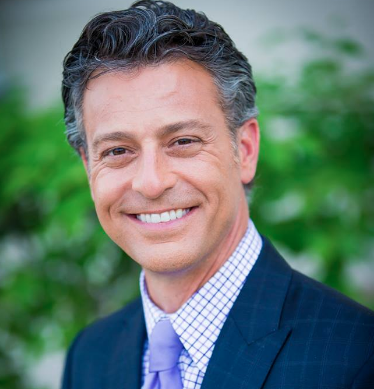 Southfield attorney Mike Morse often boasts on TV commercials about winning. But in a federal lawsuit in Detroit filed by State Farm Insurance, it feels like he's getting beat up -- not winning.

Mark Radom, a brother-in-law of Morse, controlled bank accounts that allegedly concealed millions of dollars in profits from an MRI center in which Morse held a secret — and unethical — ownership interest, JC Reindl of the Detroit Free Press reports. The allegations are contained in a newly unsealed affidavit in federal court.

The affidavit was signed last August by the brother-in-law's now-ex wife, Amy Radom, who divorced and now goes by Amy Rosenberg.

State Farm in 2016 sued several area medical clinics, doctors, chiropractors and businessmen, alleging they were  involved in no-fault auto insurance patient mills. Morse is not a defendant, but has come under attack in the suit now and in the past.

Morse has countered the bad publicity in the past by denying wrongdoing and running ads saying the insurance companies hate him because he gets so much money from them for his clients.

The MRI company, Horizon Imaging, which operated out of a medical office building at 695 W. Twelve Mile Rd. in Berkley, has gone out of business.

In the affidavit, the woman recalled how when she and her then-husband Mark Radom, who was Morse's brother-in-law, were about to get divorced, Radom told her that he didn't want to use any divorce attorneys for fear they would discover a bank account that Radom controlled that contained proceeds from the MRI center.

"I do not remember exactly how much money he said was in the account but I understood it was approximately $3 million," the former Amy Radom, who divorced Mark Radom in 2016 and now goes by Amy Rosenberg, said in the affidavit. "Mark [Radom] said it was not our money and that it would be unfair for us to take any portion of it, because the money belonged to Michael [Morse].

The affidavit continued: "Mark said that Michael's name was not on the account because it would be unethical for an attorney to own an MRI company. After this conversation, I decided to retain an attorney to represent me in my divorce."

Attorneys for Morse declined to comment to the Freep.

But last year, after the allegations surfaced, attorney I. W. Winsten told the paper:

“State Farm has an enormous economic interest in trying to stop Mike Morse from representing injured people in getting them the fair compensation they deserve from State Farm."