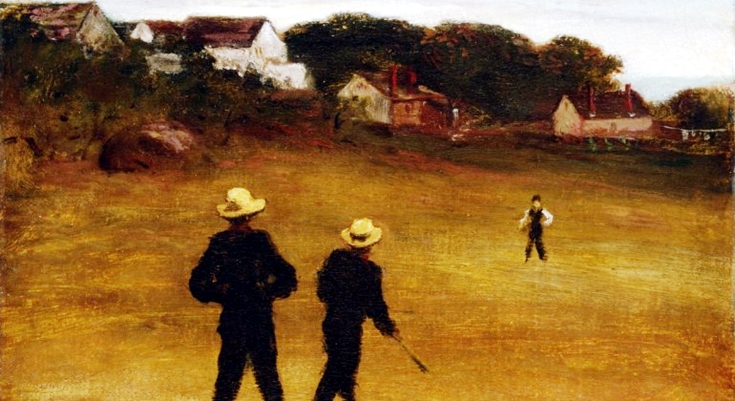 This 1871 oil painting by William Morris Hunt, titled "The Ball Players," is part of the DIA "Play Ball!"exhibit through mid-September. (Photo: DIA)

A few years ago at Comerica Park -- on a night honoring Negro Leagues baseball -- a young radio reporter said to Brandon Inge of the Tigers: “Brandon, the players in the Negro Leagues had all the great nicknames like `Cool Papa’ Bell and `Turkey’ Stearnes. Brandon, if you were in the Negro Leagues, what would be your nickname?”

Inge thought a moment and answered with a straight face: “`Whitey,’ I guess.” 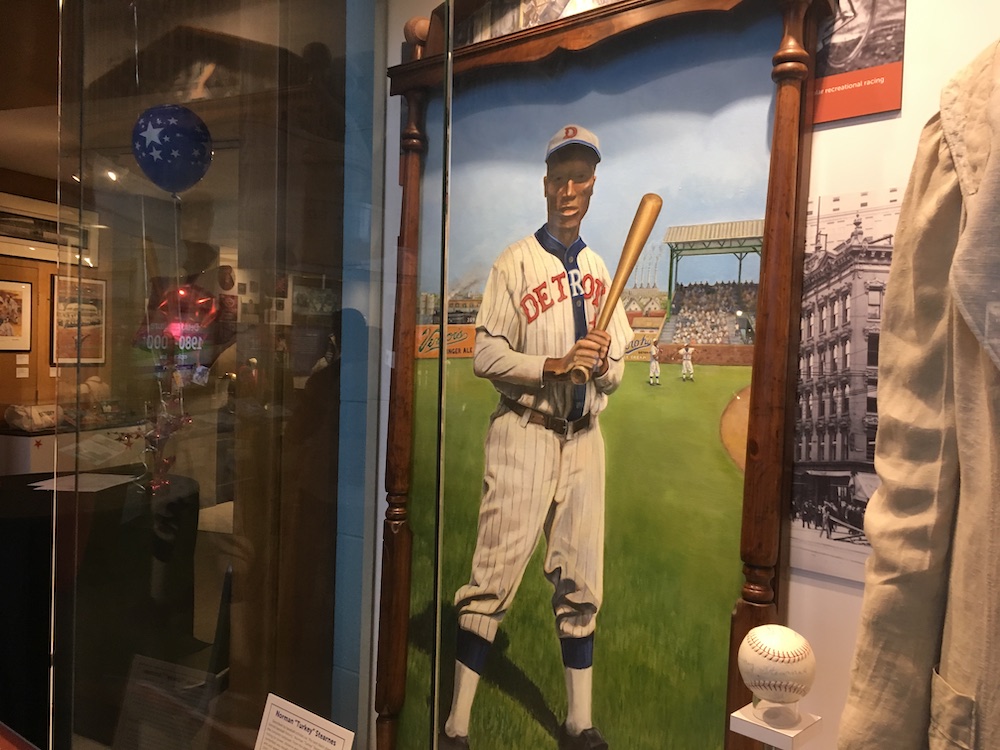 That memory made me smile as I walked into the Detroit Historical Museum last weekend and saw a large, evocative portrait of Norman (Turkey) Stearnes, who played for the Detroit Stars in the 1920s and joined the Baseball Hall of Fame in Cooperstown, NY, in 2000.

His picture is part of “Detroit Stars & the Negro Leagues,” on display until Sept. 29 -- one of two informative, entertaining baseball displays currently in the Cultural Center.

The other exhibit -- across Woodward at the Detroit Institute of Arts – is called "Play Ball! Transforming the Game, 1876-2019" and runs through Sept. 15.

The DIA display is more extensive. It has:

From Rouge Plant to Cooperstown

The smaller Historical Museum display is more focused. And I had a personal reason to enjoy my visit there. Forty years ago -- when I covered sports for the Free Press -- I met Stearnes, a retiree from the Ford Rouge plant, on a reunion trip to Greenup, Ky.

A few other Negro Leagues players attended, including Judy Johnson, another Hall-of-Famer. Tales were told. When we got back to Detroit, I needed a picture to go with the column. So I asked for and received permission from the Tigers to bring Mr. Stearnes to home plate at Tiger Stadium.

He wore that day a sharp hat and dressy clothes. John Collier took the photo for the Freep. Mr. Stearnes stood on a field he never could have played on and posed with a bat in his large, strong hands. But his face looked gaunt and his frame seemed thin. A few weeks later, he died of cancer. He was 78.

This was in 1979. A couple decades later – with the support of broadcaster Ernie Harwell on the Veterans Committee – the star of the Detroit Stars got a bronze plaque, just like Cobb and Ruth and Johnson. Another plaque of Mr. Stearnes adorns an outside wall at Comerica Park.

The Historical Museum display is not all about him. It marks the 100th. anniversary of the Stars and shows  a timeline of their ownership, results and home fields. There is also a history of African-American women executives in black baseball, a business which faded quickly after Jackie Robinson integrated the majors in 1947 with the Brooklyn Dodgers.

Also shown are brief biographies of Negro League legends like Josh Gibson, Oscar Charleston and Martin Dihigo. In a corner of this display is a small replica of Collier’s Free Press photo of Turkey Stearnes. Somehow, it just caught my eye. 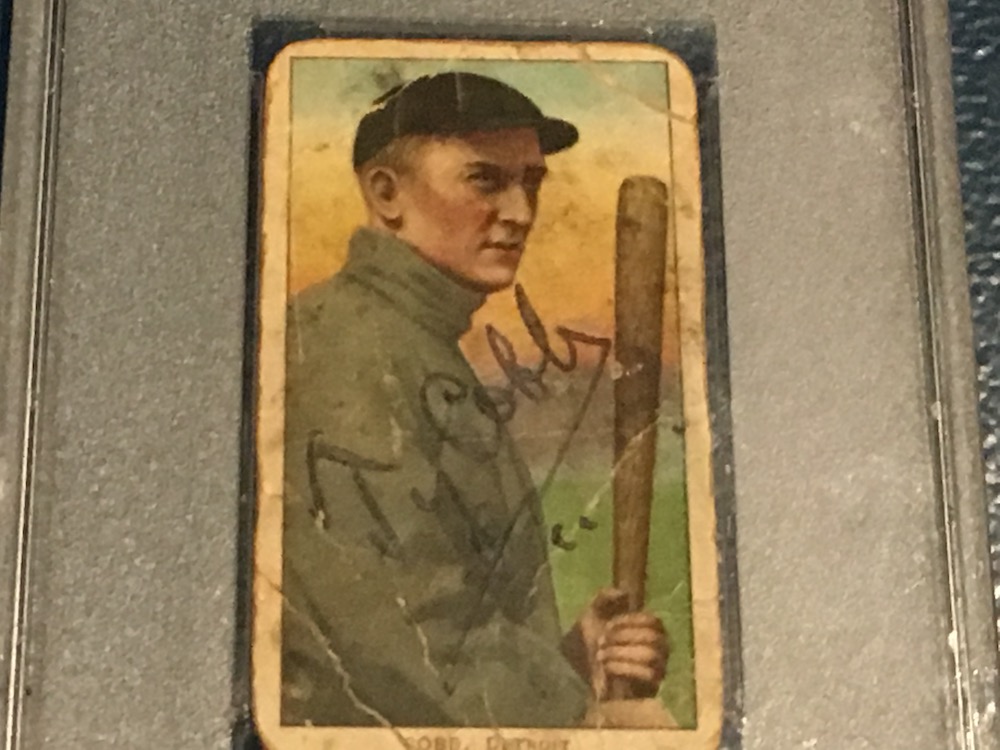 Along with the exhibit, the Historical Museum will show films about black baseball, including “There Was Always Sun Shining Someplace” (July 6), “Pitching Man” (July 20) and “The Jackie Robinson Story” (August 24 and 25). The film festival is hosted by the Black Historic Sites Committee.

Across the street, at the DIA, the memorabilia is more eclectic. There’s the catcher’s mitt used in the late 19th Century by Charles Bennett, the Wolverines’ favorite who lost both legs in a railroad accident. And there’s a picture of teammate Dan Brouthers, posed in a studio with a ballpark backdrop.

The big first baseman wears a long-sleeved white shirt, a wide belt, dark uniform trousers and a Gilded Age mustache. He holds a bat in a left-handed stance. But my favorite photo find was one of Recreation Park, home of the Wolverines, taken probably in 1886.

The catcher is standing, the umpire a few feet behind him. The walls are filled with signs, including one that says “Buy Your Clothes at Hudson’s” behind an outfielder, playing shallow. Another sign says “Detroit Music.” (This was long before Motown). And it was even before Henry Ford built his first horseless carriage.

A visit to both these free, family-friendly exhibits is a good way to spend an hour or two before a night game of the current Tigers, who play just down the QLine.

They are hardly the equal of the 1887 Wolverines or the Stars of the 1920s or 1984 Tigers. So why not enjoy a glimpse of a happy past while enduring the unpleasant present and hoping for a better future? 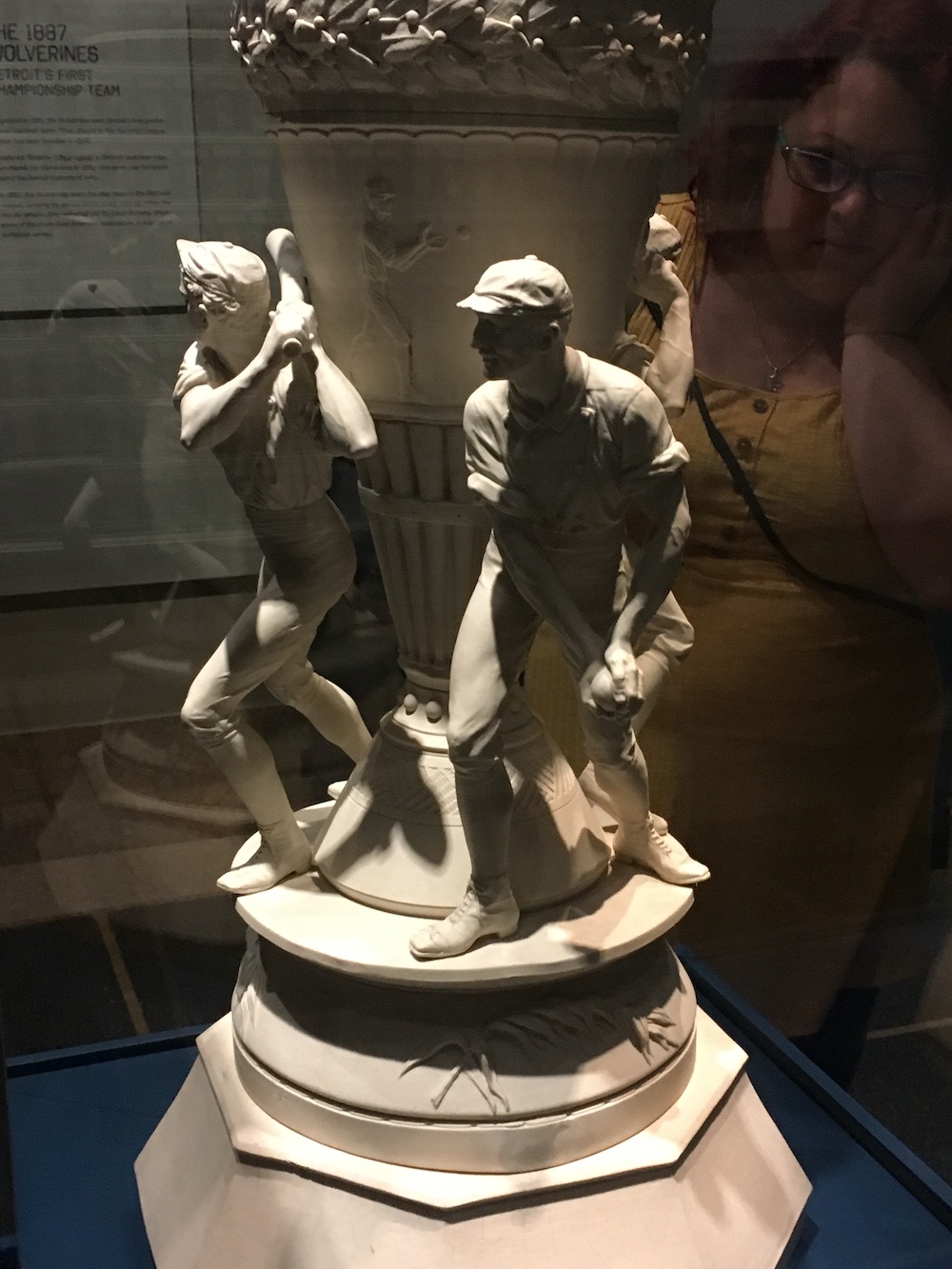 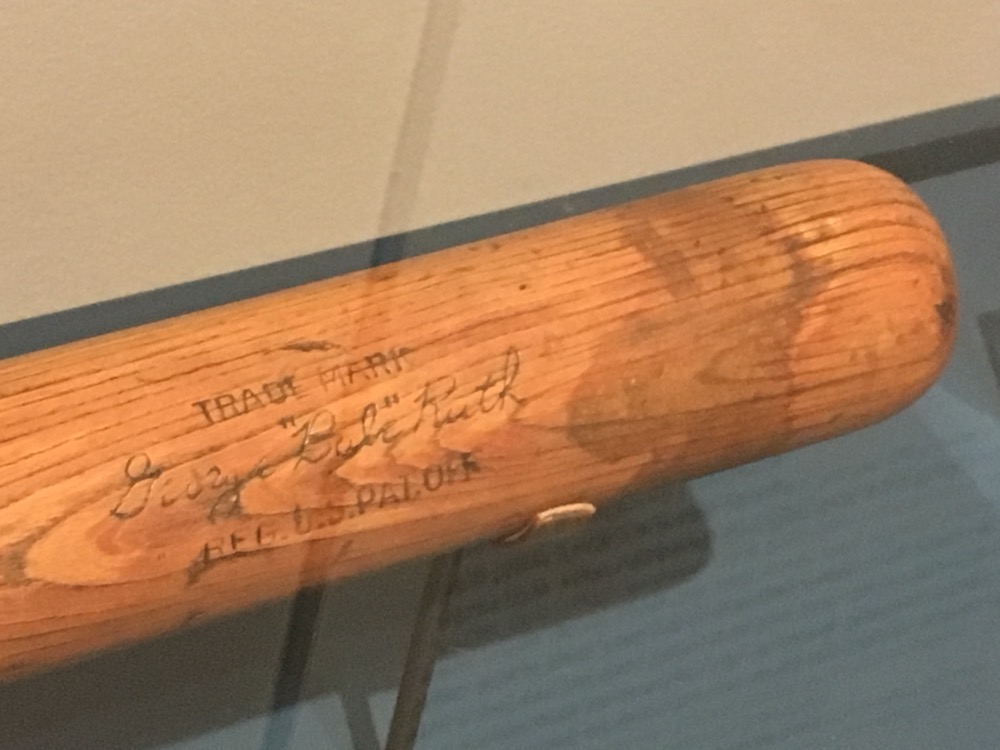 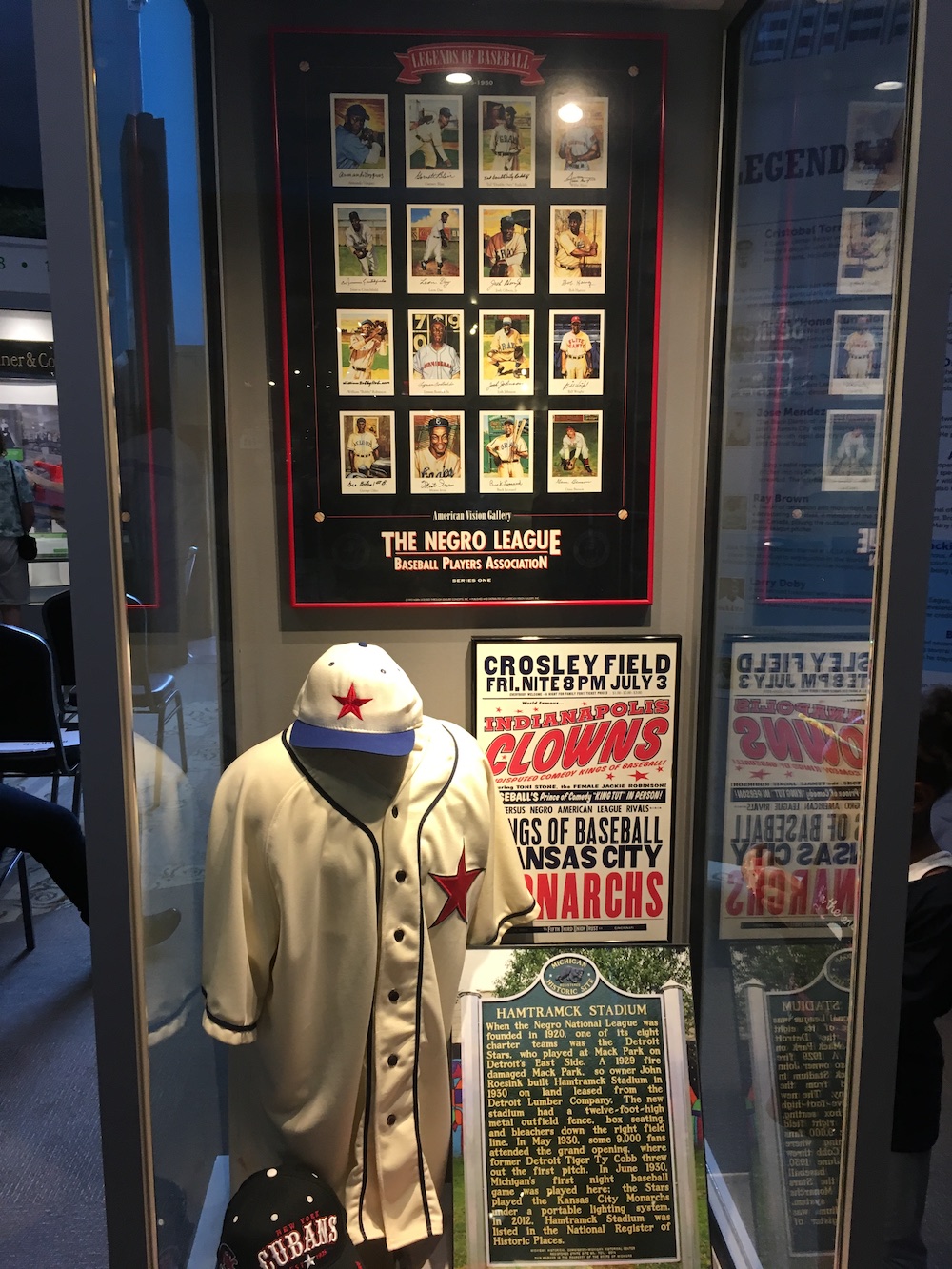 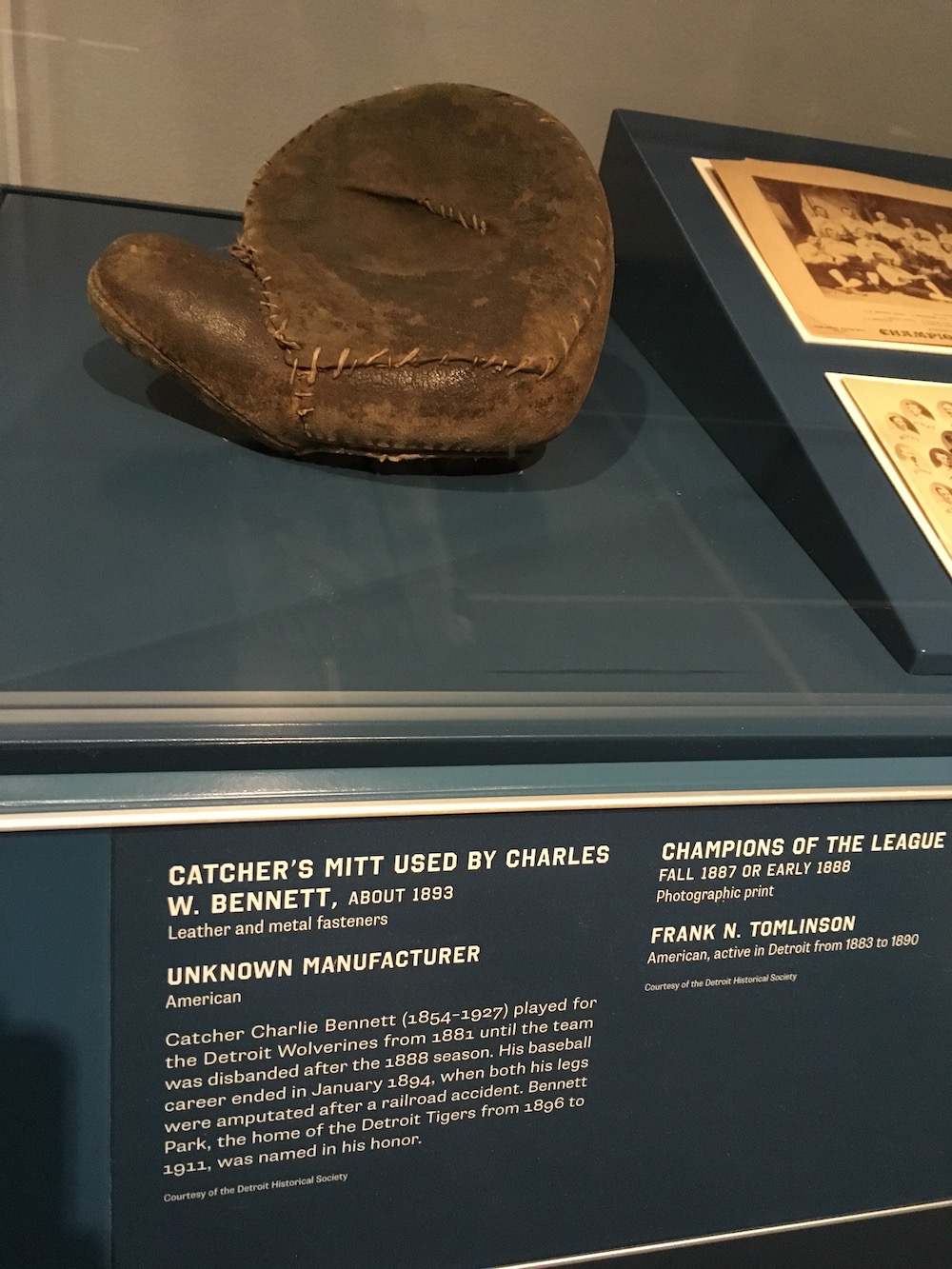 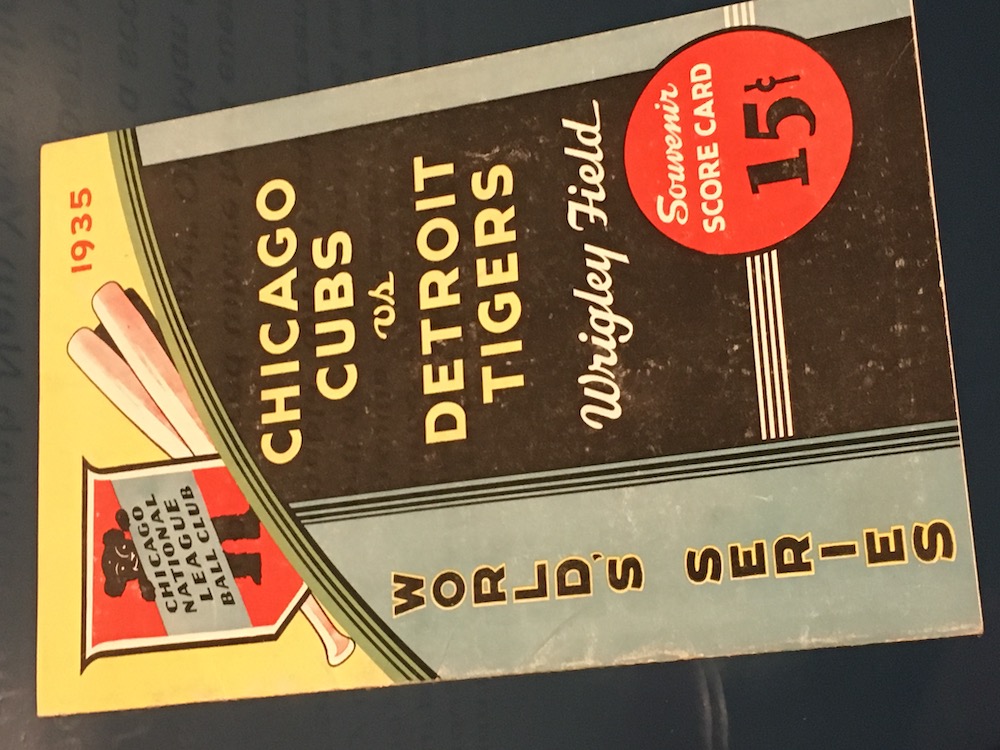 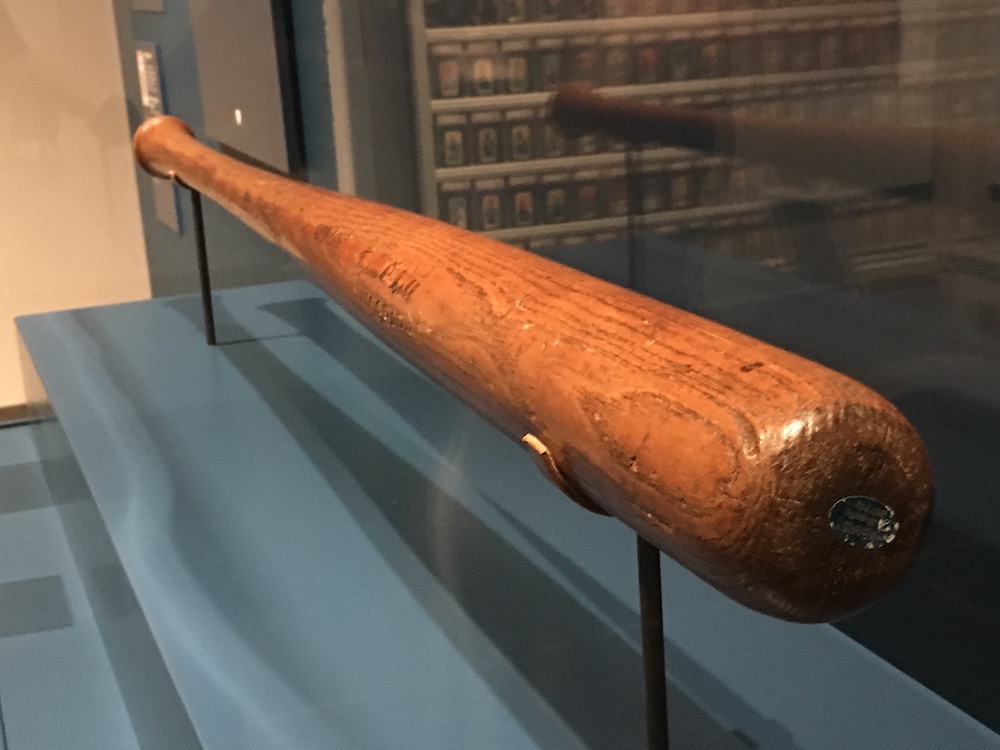 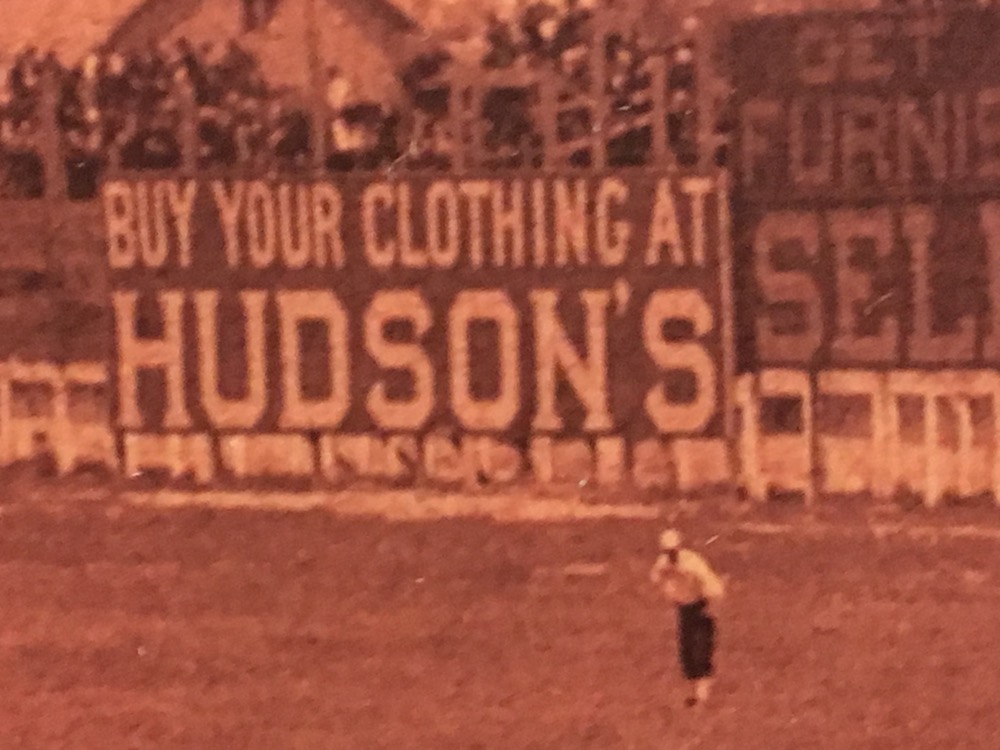