Report: Half of Detroit Apartment Hunters Want Out of the City 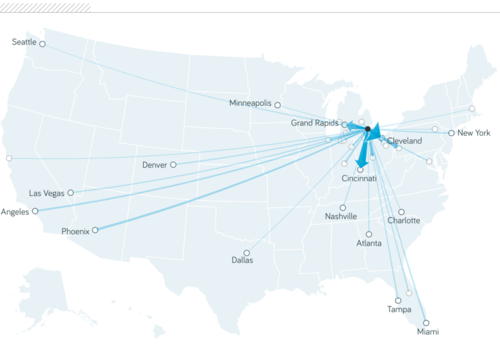 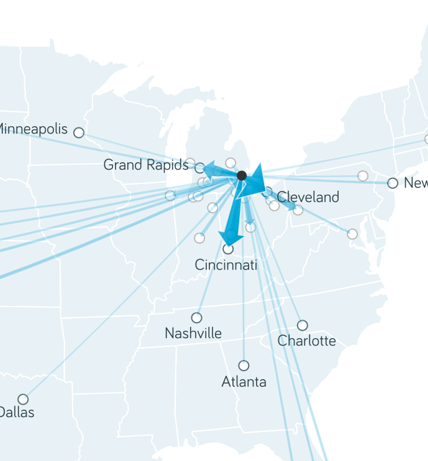 Does Ohio sound better than Detroit?

According to the apartment search company’s Renter Migration Report, nearly 50 percent of searches from within Detroit sought housing outside of the metro area.

The report tracked millions of searches throughout the last year on its website and found that, of major cities in America, Detroit had the second-highest number of residents wishing to flee. Orlando, where Disney World is the largest employer, took the top spot.

Not everyone wants to leave Michigan, though. CityLab dug into the data:

“In Detroit, apartment hunters are looking at Cleveland and Cincinnati in almost equal shares, with the Ohio cities taking 8.5 percent of searches apiece. Grand Rapids takes third place, with 6.8 of would-be movers considering settling there.”

And although the Motor City’s decades-long population slide has slowed in recent years, Apartment List found that people elsewhere in the country rarely try to come to Detroit.