LeDuff: A Serial Killer and a Missing Woman -- the Anatomy of Eight Mile Road 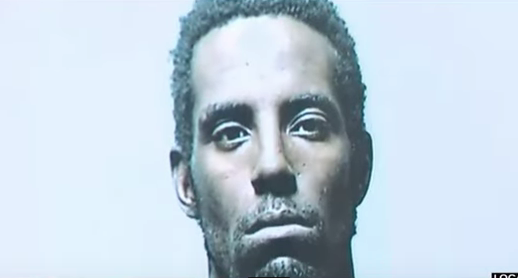 Neighbors around the old State Fair grounds called the cops Wednesday morning about the stench  they suspected was coming from a rotting body.

I went to the park where the neighbors thought the body lay. Detroit police had yet to make the scene.

Strange I thought, since this is one of the areas where suspected Detroit serial killer DeAngelo Martin allegedly did his dirt, according to police. No body was unearthed Wednesday. Still, you'd think a tip like that, under the circumstances, would trigger a sense of urgency.

Detroit – such a strange town. Three days of press conferences about a homicidal maniac raping and beating women to death in abandoned houses. And then the story falls from the headlines like dead leaves from a tree.

No surprise around here, says Darren Lasko, who has lived in the area for 55 years. In that time, he has seen the neighborhood come and go and go some more.

Take Tuesday morning, as an example. Lasko called 911 to report a fire at an empty house on his block.

He waited one minute and 25 seconds. Emergency operators never picked up. So Lasko drove to the firehouse at 7 Mile and John R to beat on the bay doors. Lasko's phone records confirm his story.

It's not 911 operators on coffee break or sleepy-headed firemen that brings me to Lasko's neighborhood. It's the  abandoned, two-story, red house where a woman's corpse was collected last December.

She was female, black, around 45 years old, and wrapped in in a sheet. The cause of death is still undetermined as the body is so severely decomposed. She was found by a street junkie, wrapped in a sheet, stuffed under a filthy sofa.

The red house of course, still stands operated as sort of a Red Roof Inn for the street denizens near Eight Mile Road.

There are needles and petroleum jelly jars in the garage, along with cardboard signs saying: "HOMELESS PLEASE HELP WILL WORK"

Dumping south of the border

This is the same house where Lasko says he saw suspected serial killer DeAngelo Martin set up temporary residence late last summer. Lasko recognized him from the mugshot recently broadcast on TV.

“He was there sitting on the porch for four or five days,” recalls Lasko. “I said to him 'What? Did you buy it?' He said he was just getting out of the sun.” 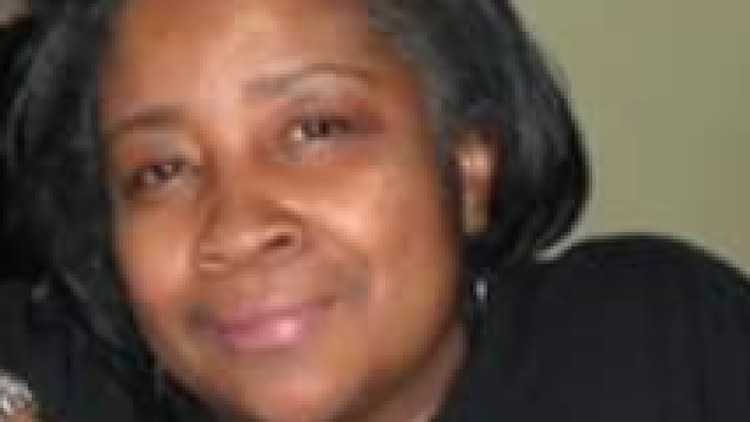 The house is just a few short blocks from the Sunoco gas station where Deborah Reynolds was last seen Aug. 3, 2018. The Ferndale police dropped both her and Martin there after they raised a disturbance at the 7-Eleven north of Eight Mile.

She was ticketed for open intoxicants. He flunked a breathalyzer. Ferndale police got his name and image on dash cam video before dumping them across the county line. In the video, Martin is nodding out, yawning like a jackal, barely able to remember his name. (See video below).

If that is surprising to you, it shouldn't be. Dumping south of the border has been going on since there's been an Eight Mile Road. Ferndale doesn't like serial killers roaming its streets. Eight Mile, remember, is the wild, wild west.

Last September, Reynolds' family reported her missing to Detroit Police. She is black, 64 years old but looks younger. The case was assigned to Detroit police detectives, who made a perfunctory call to the family, but never followed up with Ferndale Police -- who had the video and DeAngelo Martin's name.

“Had the Detroit police done so, who knows?” said Andrea Reynolds-Henley, the niece of the missing woman. “Maybe other women would be alive.”

Martin is suspected of killing three women, and assaulting two others. He is being held without bond on sex charges in one of those cases.

About the time Reynolds' family reported her missing, a stench began to bleed from the shattered red house next to Lasko. At first he thought it a decaying opossum. But by the time October rolled around, the stench had blanketed the street like a damp sheet.

“I wave the cops down,” Lasko says. “They said to me: 'Don't tell us now, tell us in the winter so we don't have to smell it. Otherwise, we'll have to baby sit the body all day until the coroner's done.”

Piecing together two and two, Detroit detectives finally reached out last week to the family for a hairbrush that belonged to Deborah Reynolds. DNA from the corpse at the morgue has likewise been shipped for testing.

Take a real look at what's going on, people. It's hard to blame an overwhelmed Detroit police force. She was an adult, after all. Adults move around all the time.

But, there just are not enough police. Too many are overworked, underpaid and unwilling to get out of their cruisers. Everybody seems to know this but the mayor and chief.

Too often, ambulances don't show, and so firefighters get attacked by angry citizens. The new street lights are starting to flicker and fail. Grass is chest-high. There is another death house on the east side that police say Martin used as a torture chamber. It hasn't been torn down, despite the fact that the city owns it, and the federal government sends the city hundreds of millions of dollars in one form or another to tear them down.

No one seems to care about these outrages, Lasko says. The rich are eating the poor. He's right. Something is gonna snap out here. The billionaires get handouts. The mayor's got four dozen appointees making six-figures.  And school children walk by the death houses every day.